Despite the unstable situation, Libya remains an immigration hotspot. Its main draw is economic opportunity, but the country is also a final point of departure for refugees and asylum-seekers attempting to reach Europe.
According to figures from the International Organisation for Migration (IOM), about 575,000 "migrants" were present in Libya in late-2020, most of them intending to work there. It should be noted that the term "migrant" is a catch-all, referring to a broad range of men, women and children, with varied nationalities and backgrounds and just as varied reasons for wishing to leave their home countries.

There are a dozen official detention centres in Libya, nominally under the control of the Directorate for Combatting Illegal Migration (DCIM), an agency of the Ministry of Interior of the Government of National Accord (GNA). They hold a combined total of 2,500 to 3,000 prisoners. But a number of secrets, unlawful detention centres also exist, controlled by smugglers and human traffickers.
Libya has been without a stable government since the fall of Muammar Gaddafi, in 2011, however, and most of the official detention centres are controlled not by the government but by militias. Levels of violence vary widely from centre to centre, as does the degree to which traffickers are involved.
Once they are detained, prisoners never know when they will get out. Some of them escape, others are able to buy their freedom, many languish in jail for months or even years.
This indeterminate and hopeless delay is devastating, both physically and psychologically.
It’s not uncommon for detainees to have to restrain a mentally ill cellmate, so that he does not harm or kill himself.
Migrants are regularly kidnapped, as well, and then forced into what amounts to slavery, or tortured and ransomed … 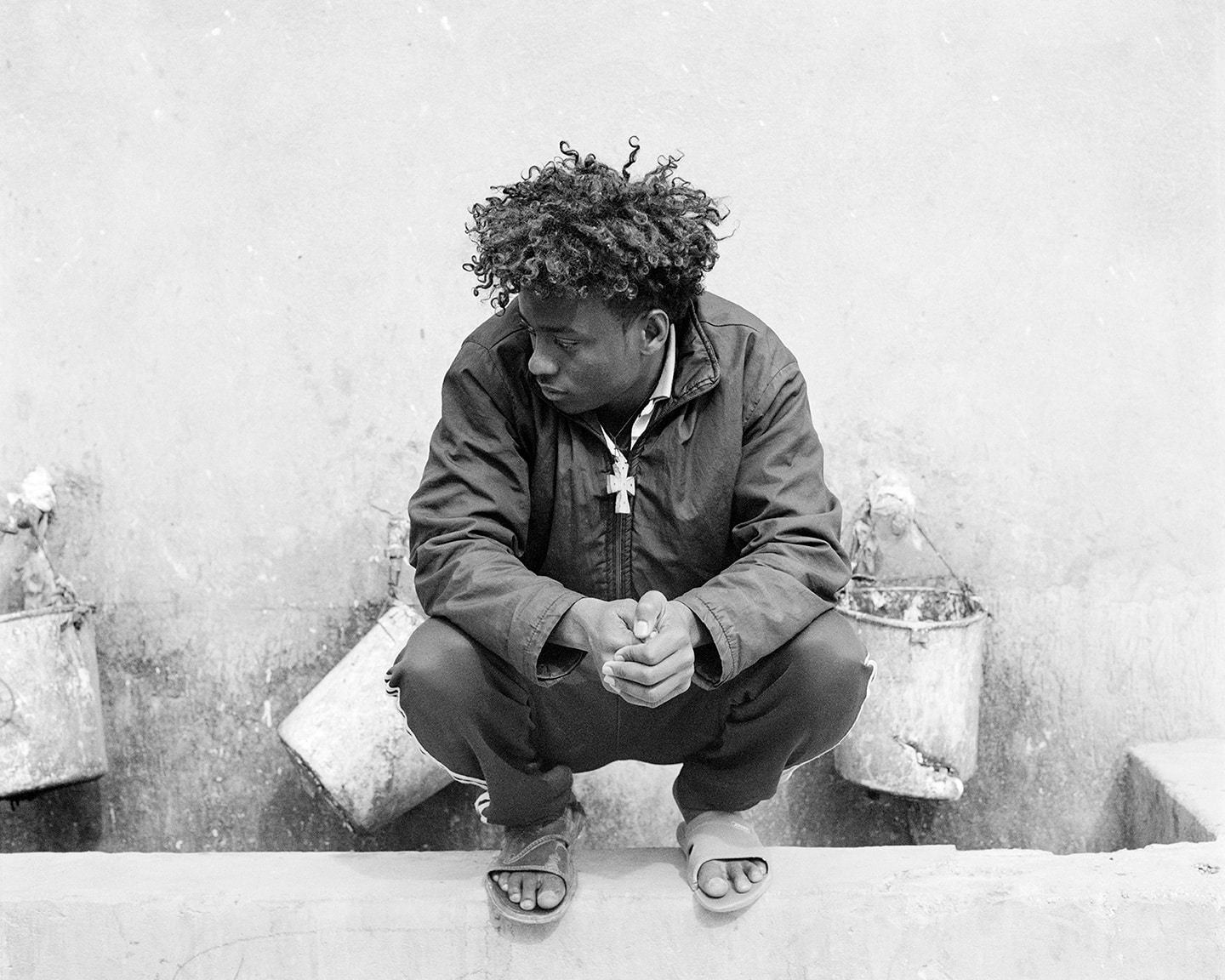 « I am 16 or 17 years old, I am not sure anymore…I left my country three years ago. While we were crossing the Sahara, the car crashed and I fractured my coccyx. I ended up in the hands of a trafficker. I was given daily beatings for three months, until my family paid the ransom. Then, when I reached the sea, I was captured and ransomed again. Finally, I was able to set sail. After more than a day at sea, we came upon an Italian ship, which rescued us. We though we would be taken to Italy, but they brought us back to Libya, where we were handed over to the Libyan coastguard.
There's no solution for us, here. How can we get out of here when even the HCR (United Nations High Commissioner for Refugees) won't pay us any attention? We're desperate, we're on the path to our own deaths, here. Who can help us? I am one of the youngest ones here, but I just sit around like the old men. I can’t play around anymore, can’t work, can’t enjoy anything, I'm just a prisoner here…»
February 2020 – A.M. 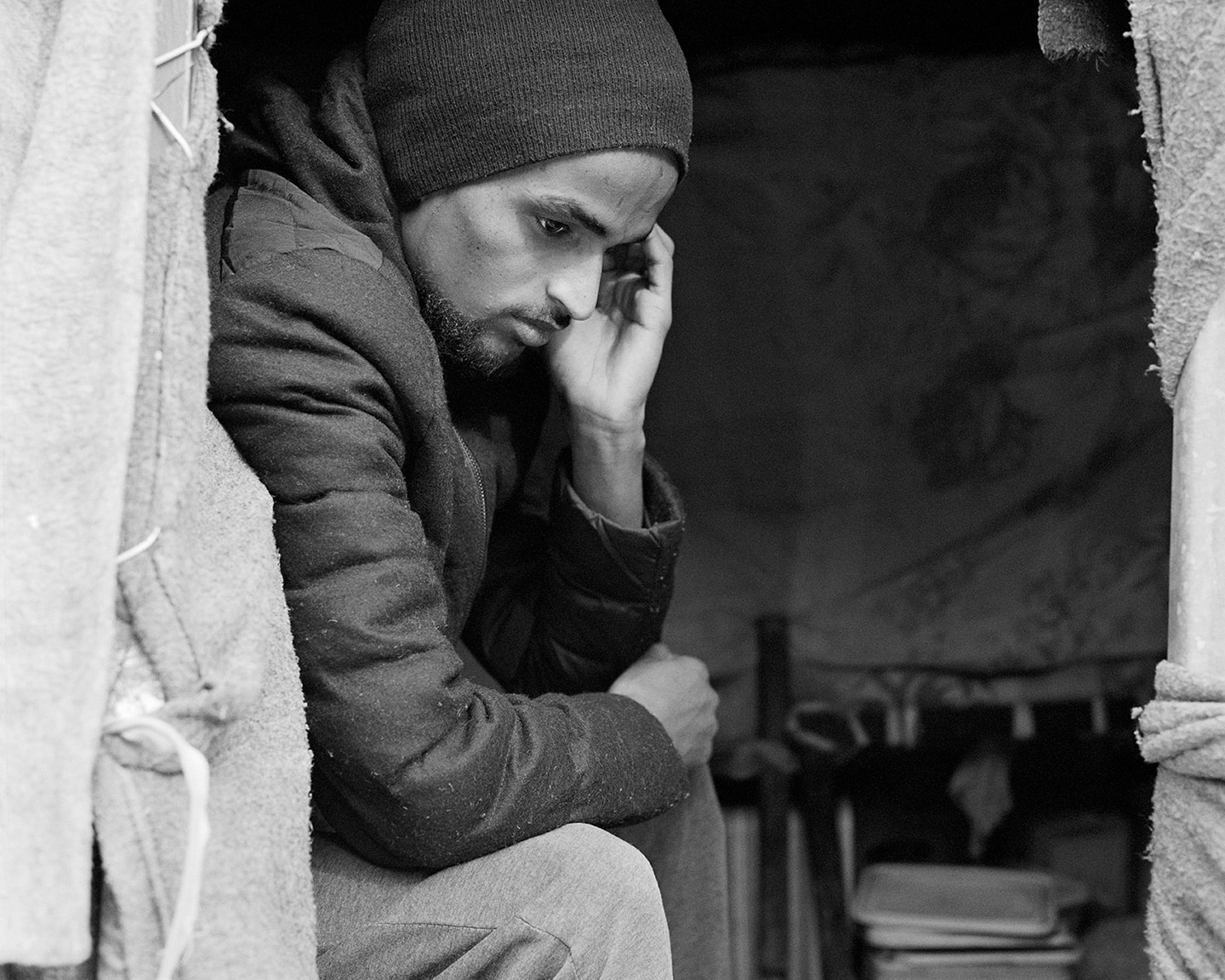 « In Libya, I have been imprisoned for more than three years. I have no more hope for any help from anyone. Day after day, I'm crying inside »
February 2020 – M.T. 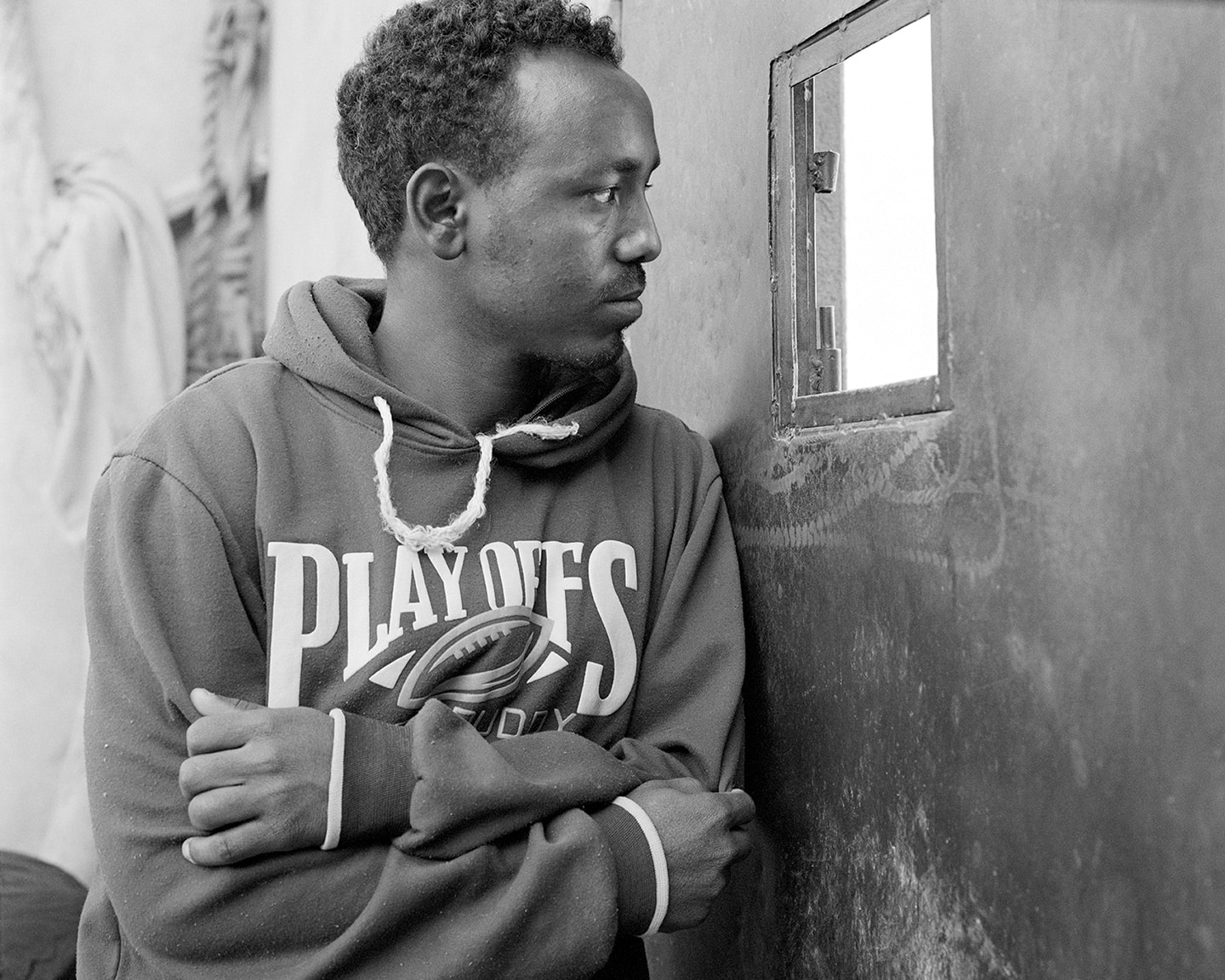 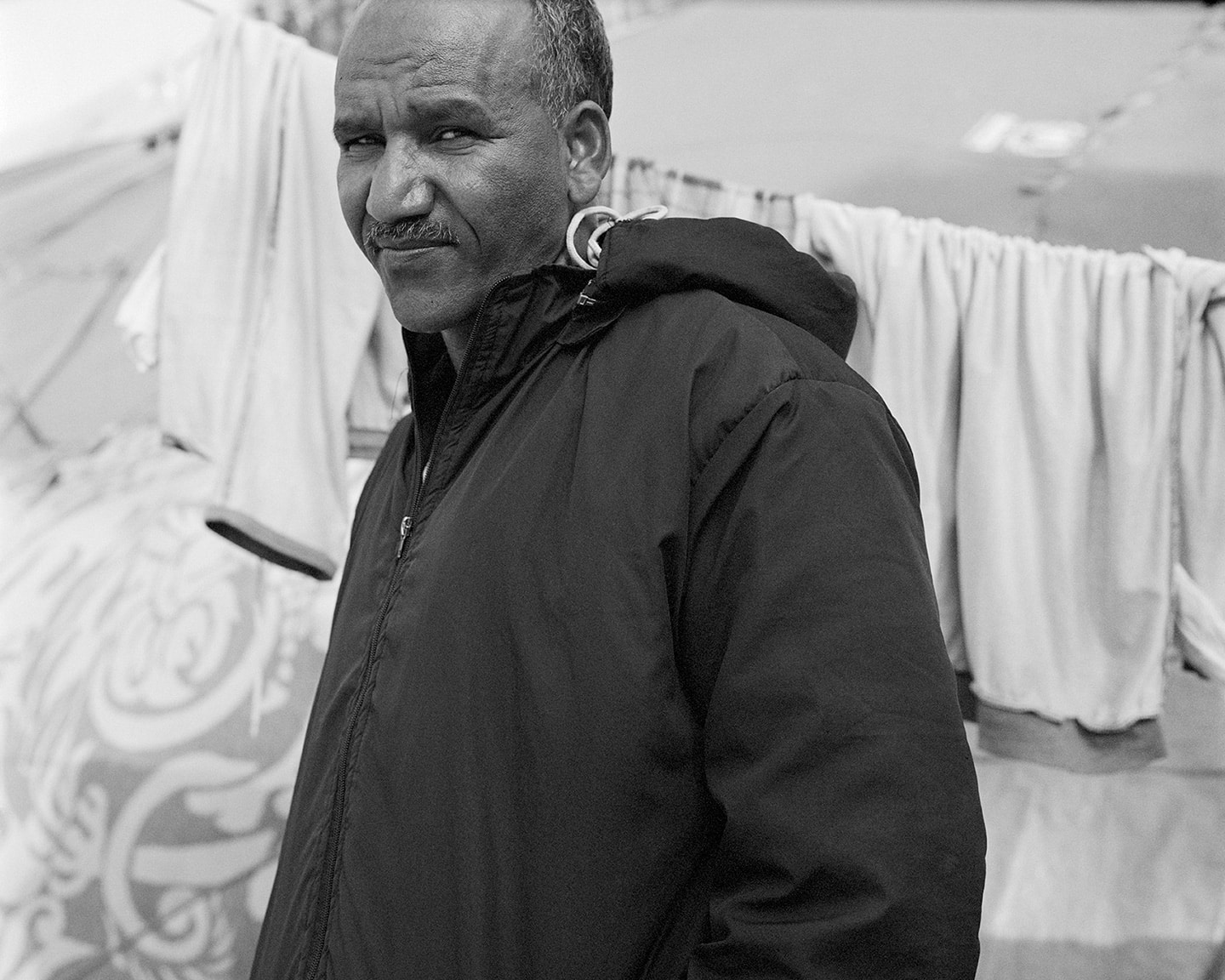 « Who is there to hear us and, especially, give us what we need? What is the UN Refugee Agency doing? Is there really any hope for us? »
February 2020 - D.A. 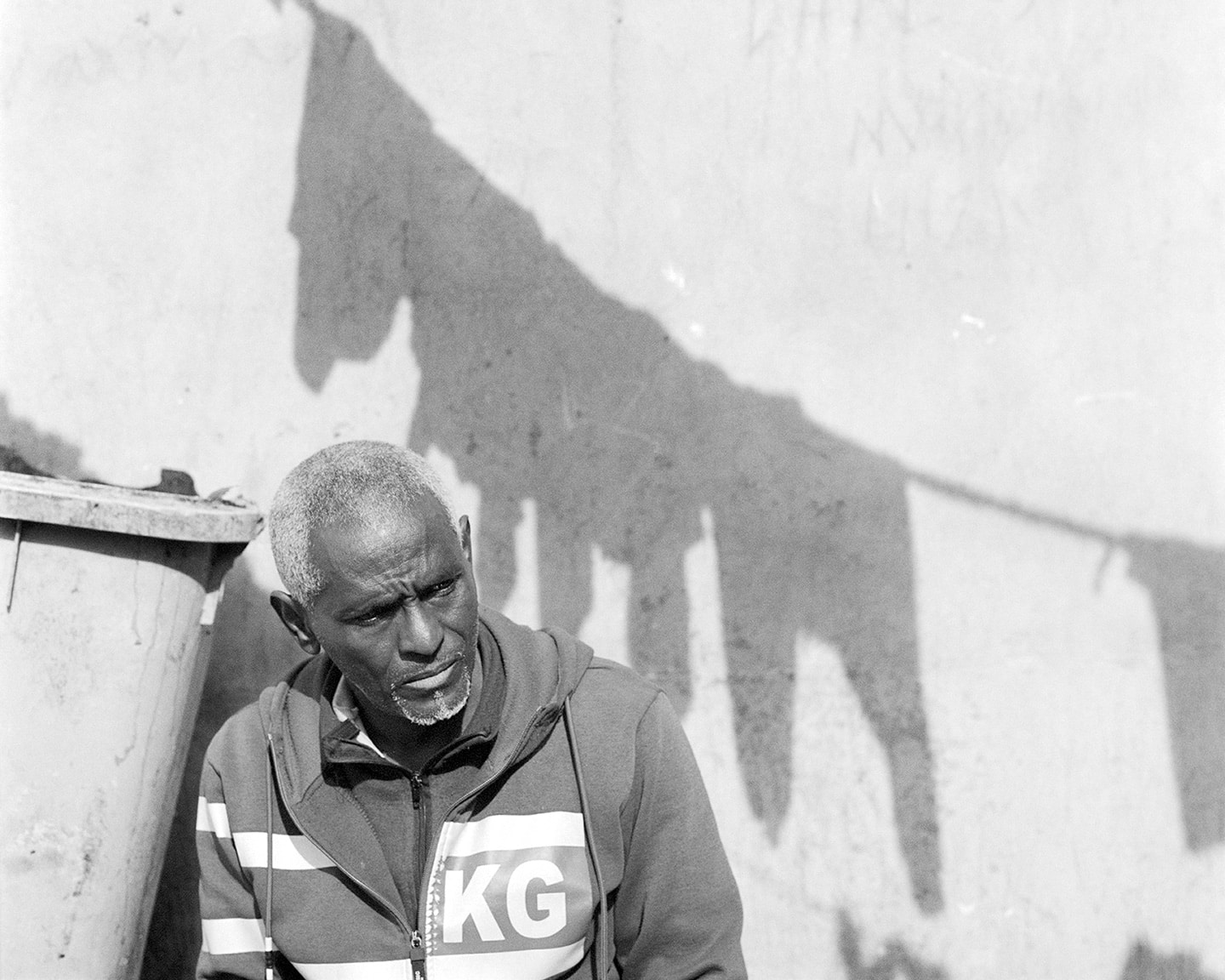 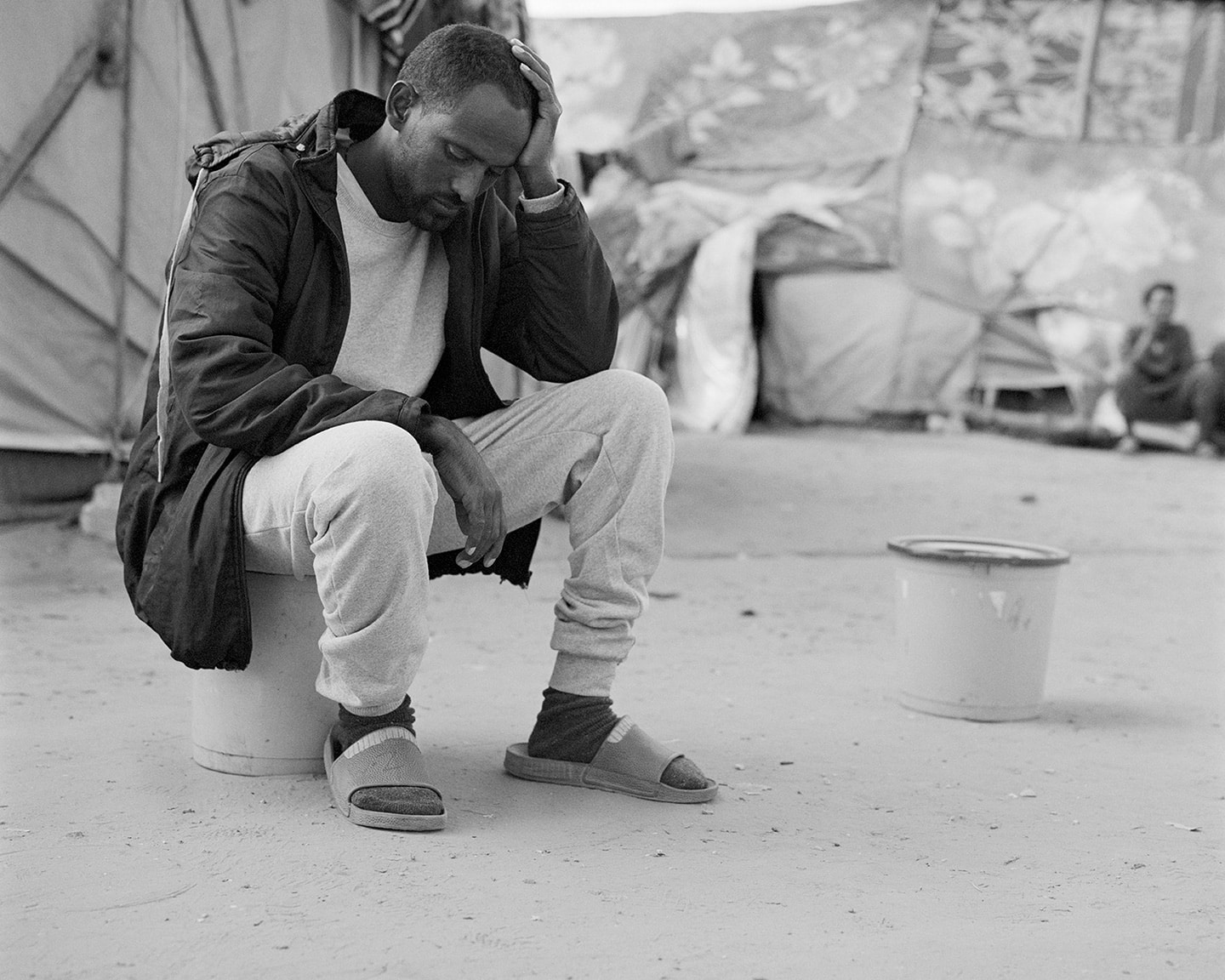 « I arrived in Libya with my wife and our child in October 2016, but, in the desert, we were kidnapped and separated. After paying her ransom, my wife was able to get aboard a boat. In January 2017, the boat sank, with her and our child on board. I experienced the deepest sadness a man can feel.
In August 2017, I paid for a place on a boat, but we (466 people) were actually just being sold to another trafficker. There were about 480 of us, men and women, packed in a warehouse. In January 2018, exhausted by the mistreatment we got every day, we ran away. I was part of a group of 48 people who were recaptured, and then I was sold again two times.
In May 2018, after paying the ransom and paying for another spot on a boat, we set off for the sea. On the road, about 380 of us were kidnapped. In July 2018 we paid again, and about 60 of us made it to sea. After sailing for about 16 hours, we ran out of gas. An Italian boat came upon us but didn’t stop, and then a few hours later a Libyan ship came and brought us back to shore. We were arrested and placed in a detention centre... I don't need to tell you what our life is like here, you've seen it for yourself. This is the way things have been all the way until now… »
February 2020 - N.A. 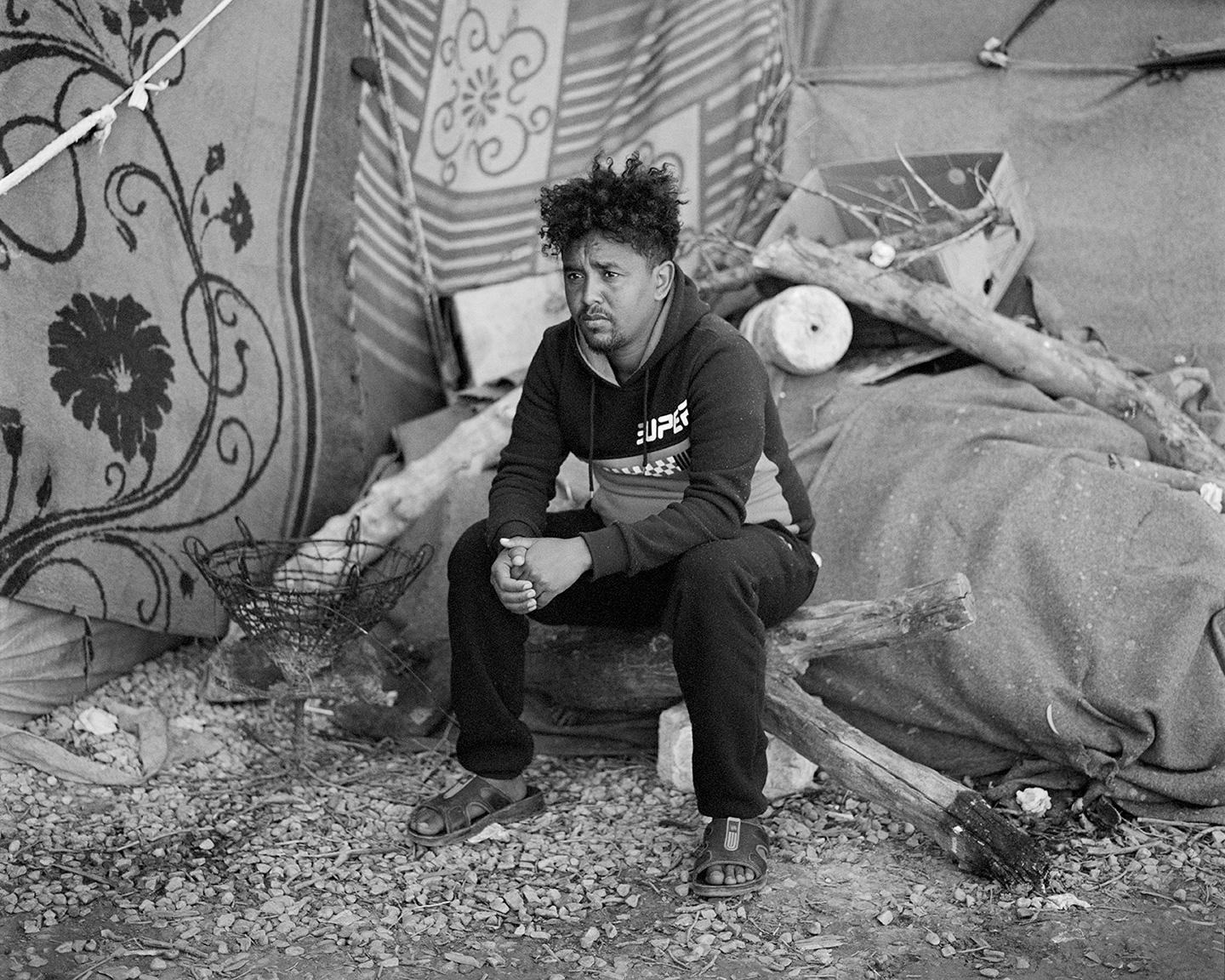 « In Feb 2019 I was interviewed by the HCR with eight fellow detainees. A few months later, six of us were evacuated. So far, I haven’t had any news from them. We are all asylum seekers here, so why isn't the HCR taking more care of us? »
February 2020 - E.T. 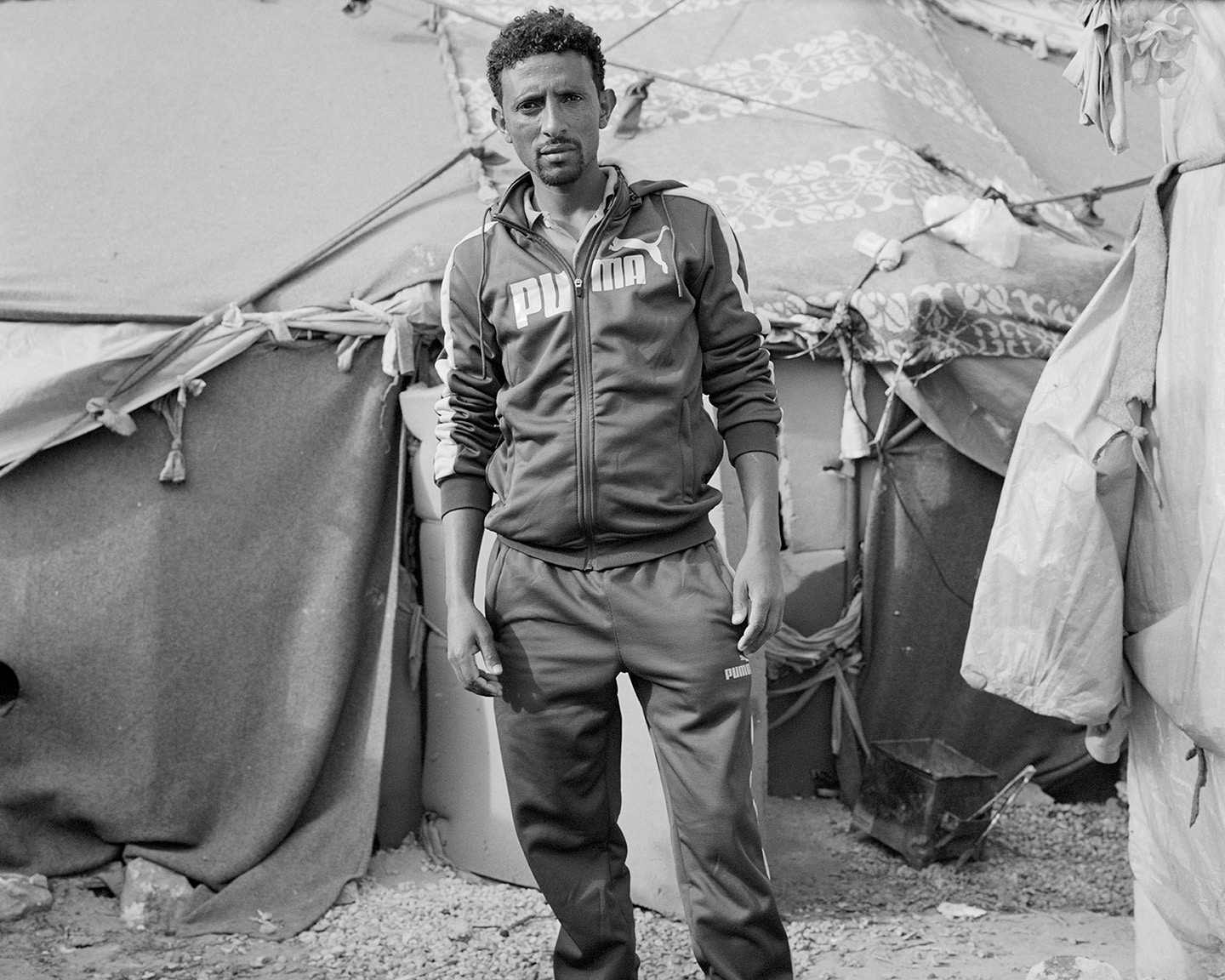 « I was arrested and sent to the Gharyan detention centre. I was locked up there for seven months with almost no food and without seeing daylight. I saw so many people die, I lost so many friends… »
February 2020 - T.T.

The Dahr Al Djebel detention centre, located in the Nafoussa mountains between the towns of Zintan and Yefren (approximately 150 km south of Tripoli), is one of the official detention centres.
In early 2020, it held about 500 prisoners, mostly Eritrean but also about 30 Somalis.
Most of these Eritreans fled the dictatorship in their country. Some of them have been in this centre since March 2017, though the majority were brought from Tripoli in September 2018, when fighting erupted close to several detention centres there. Before this, many of them had fallen into the hands traffickers who tortured and ransomed them (taking money from their families in Eritrea or in exile). Some tried to cross the Mediterranean, but were stopped by the Libyan coastguard. It should be noted that the coastguard is supported and equipped by European states.

In 2020, the Dahr al Djebel detention centre was attacked twice by armed groups that intended to kidnap the detainees…In January 2021, the centre was emptied. Unfortunately, the problem has not been solved but merely displaced, and the asylum seekers are once again at the mercy of traffickers and violence of many sorts! 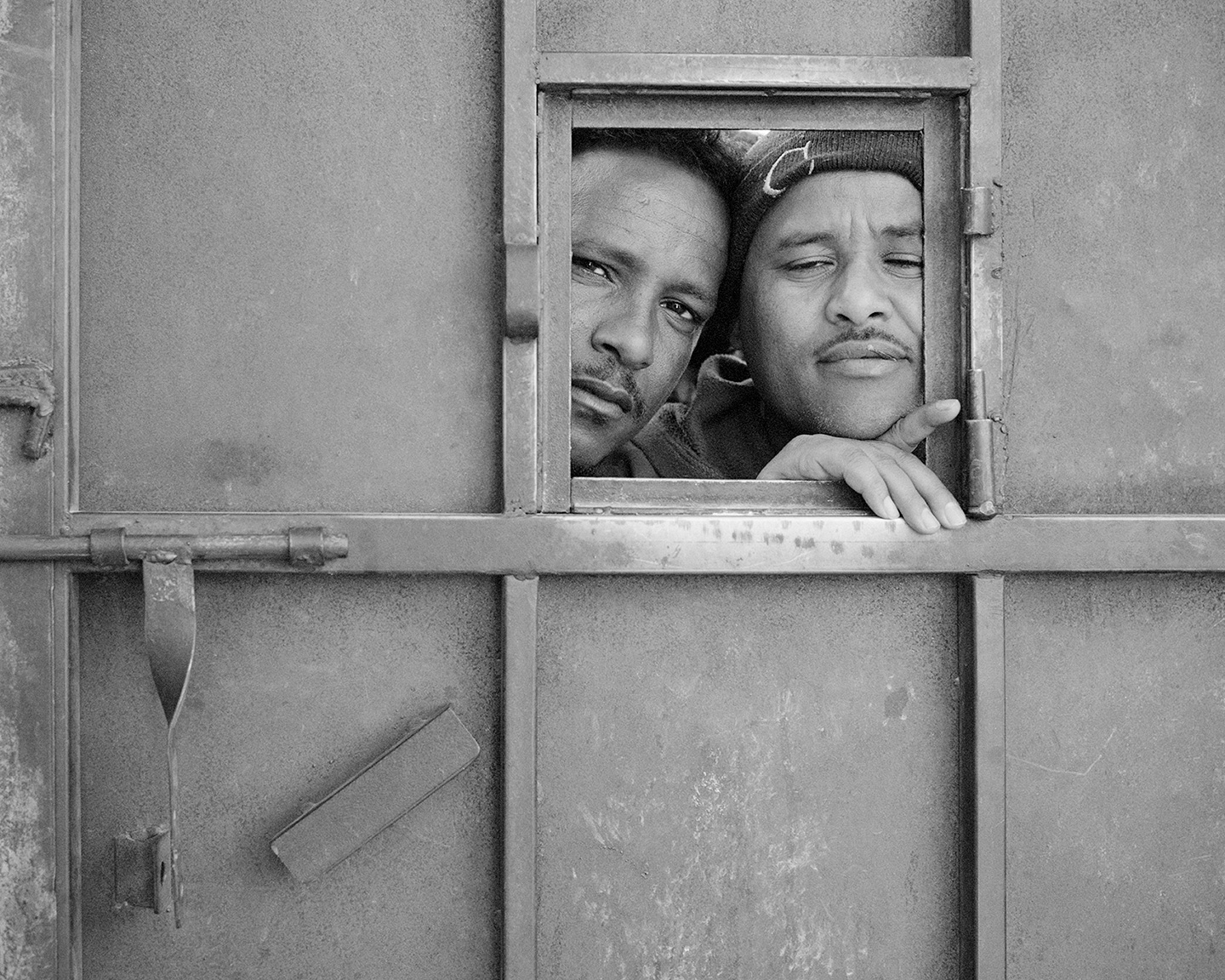 To be a prisoner is to feel useless. You cannot work, you cannot help your family…If you die, no one will know.
You pass the day drowsily, and when evening comes, followed by an endless night, you cannot sleep…Your perception of time is different; everything seems very, very slow. Time stretches out, it’s no longer dynamic, it stagnates; so does your spirit.
Day after day, waiting and waiting for an answer from the HCR that never comes! 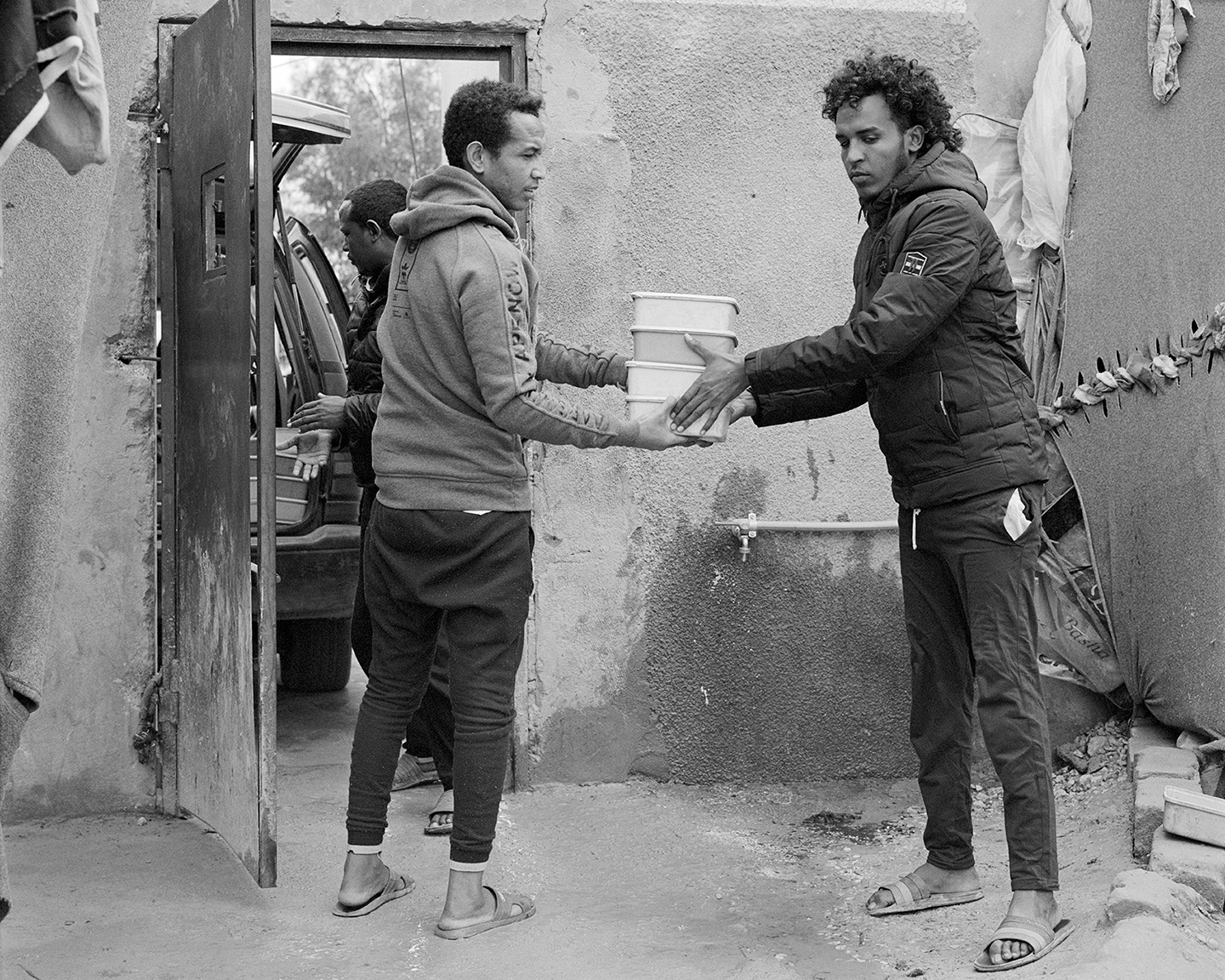 The diet is unvarying and quite inadequate (both in terms of vitamins and minerals and caloric value). Breakfast is a bit of bread, sometimes garnished with a "Vache-qui-rit» cheese. Lunch is rice, and dinner is pasta. There's no comfort to be found in food.

Faith, the final bond against breakdown 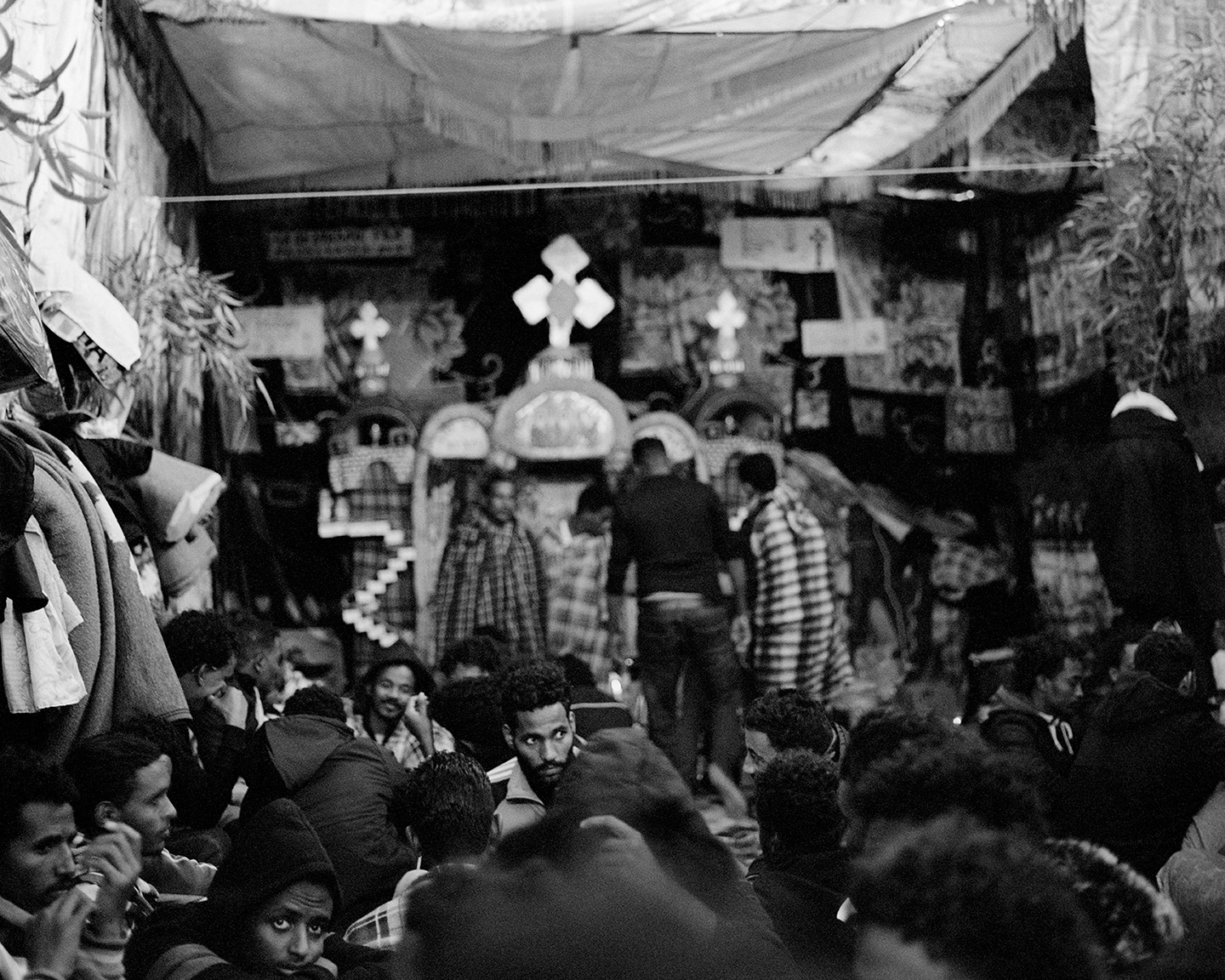 January 7, 2020: the celebration of Genna (ገና), also called Ledet (ልደት), the day of Christ's birth according to the Orthodox calendar.

The majority of the Eritrean detainees in the Dahr AL Djebel centre, are Coptic Orthodox. They live alongside about fifty Muslims. In a context where any believer might doubt, their faith, though tested severely, is perhaps the final bond that keeps them from breaking down. But Faith cannot prevent despair…

« I would prefer to be dead in the Mediterranean than to be here praying day after day »
October 2019 - T.T.

The community organises itself so as not to fall into utter despair, to try to save what may yet be saved. They establish a daily routine, with activities such as English classes, or half-hour walks in the interior courtyard.
Sport is, of course, an important aspect of daily life for some. 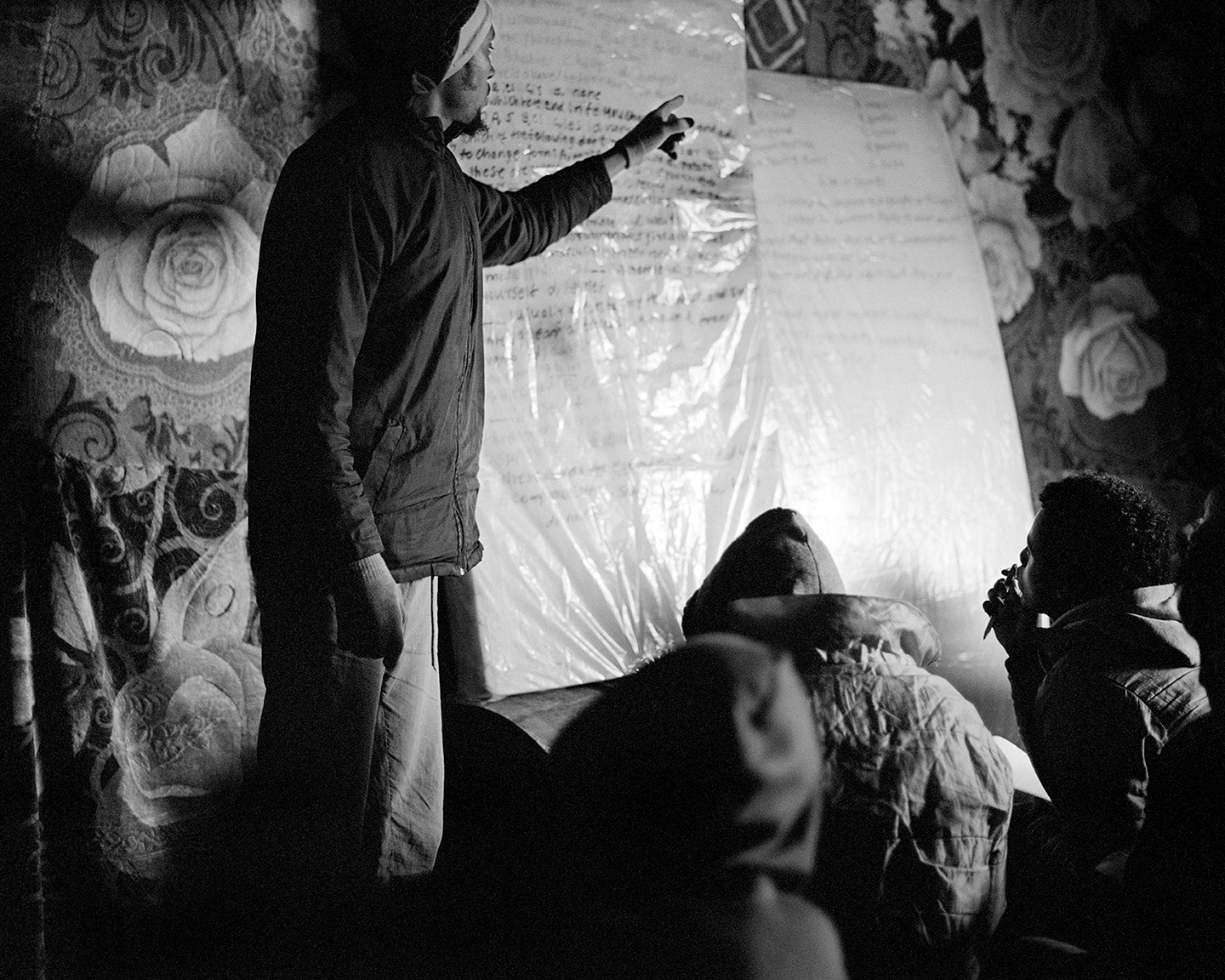 The detainees organized a football championship. Teams from each room in blocks 1,2 and 3 played against each other for two weeks…For just a moment, players and spectators forgot where they were. The championship match was held on December 31st. The team from room 7, block 1 took the title in the "Zintan Champions League."

December 1, 2019, MSF medical consultation at the Dahr Al Djebel centre.
Many prisoners have tooth pain, and a dentist seems just as crucial as a psychologist. MSF attempts to help with their mental health, but is not necessarily able to provide all the dental care they need. 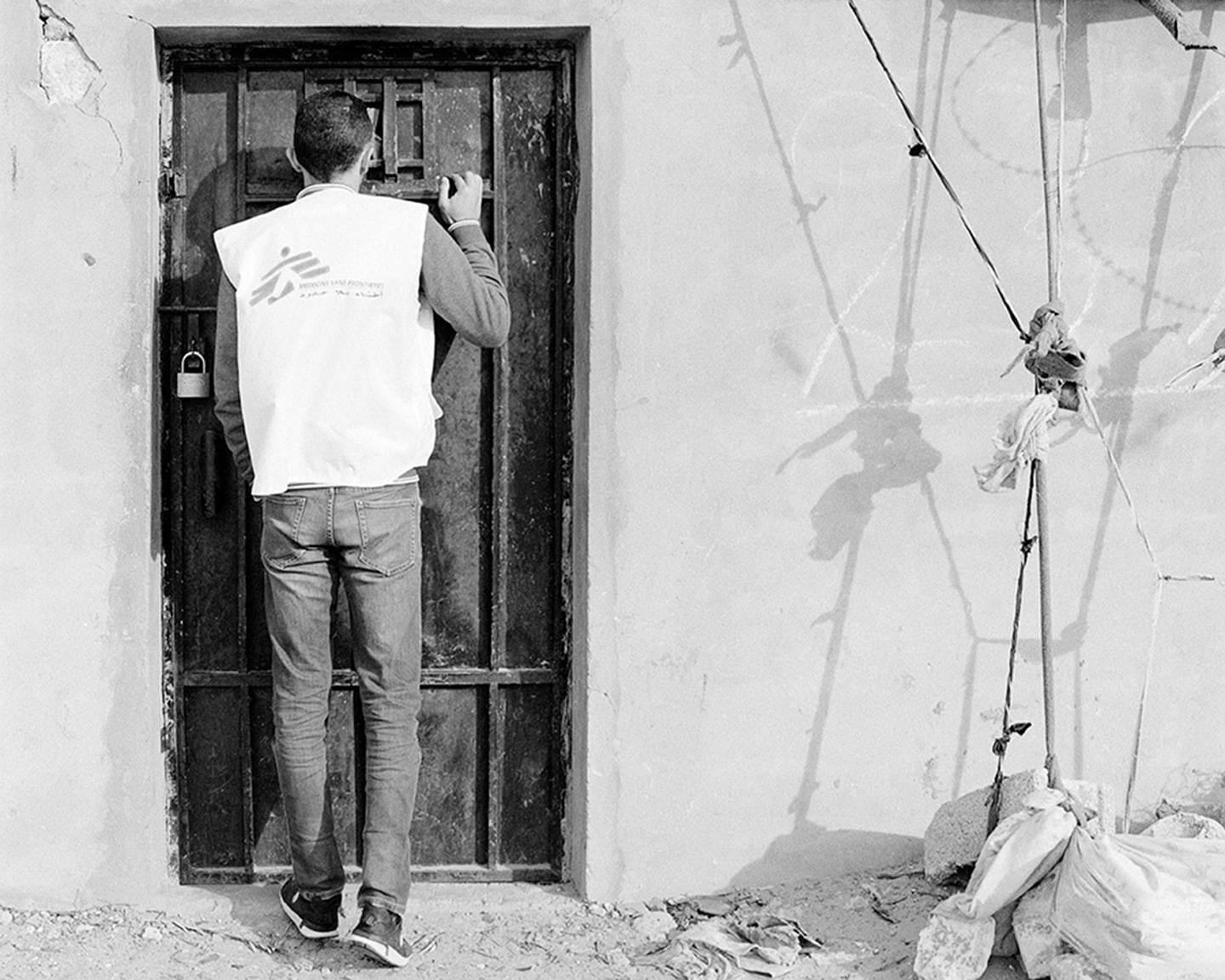 Before MSF's intervention, from September 2018 until May 2019, at least 22 people died, mainly of tuberculosis. Among the dead were young men, women and an eight-year-old child. And yet, the IOM (International Organisation for Migration) and HCR (United Nation High Commissioner for Refugee) were supposed to be providing assistance, notably in the form of medical help and protection.

On December 15, 2019, after weeks of negotiation, the HCR evacuated 11 of the 509 detainees present... They passed into Niger, where they would wait until a third-country granted them asylum…At the end of 2020, these 11 asylum seekers were still waiting in Niger!

But in reality, these registered refugees and asylum seekers - just like those who are not registered - receive neither aid nor protection (or so very little) in Libya.
If they are not evacuated, even if the HCR were able to have them freed (and to offer them an insufficient one-time package for "urban refugees"), these refugees/asylum seekers will once again find themselves at the mercy of the traffickers and all sort of violence!
This interminable cycle of violence and detentions must urgently be stopped. Concrete protective measures must first be implemented in Libya, and evacuation must follow as quickly as possible… But where to? And when?
Despite COVID, it is imperative that Europe open safe and legal pathways to its territories for these thousands of people stranded in Libya…

On behalf of MSF, I spent five months in the Dahr Al Djebel detention centre. One can only feel helpless and powerless in the face of such distress. Everyday life is burdensome and heavy; hope seems to have abandoned the place.  Though our teams were able to respond to essential needs, it was not our mission to serve as the health service for a system of arbitrary detention system. They have to be gotten out! But how, when the entire world seems to have turned its back on them? Where can they be sent, when one knows that Libya cannot in any circumstances be considered a safe country?  So we try to simply be there, to be present for them!

When I asked a leader of the Eritrean community for permission to conduct my reporting, he sent the following message to his fellow detainees:
« Let yourselves be photographed, tell him everything he wants to know, we're already dead anyways! » 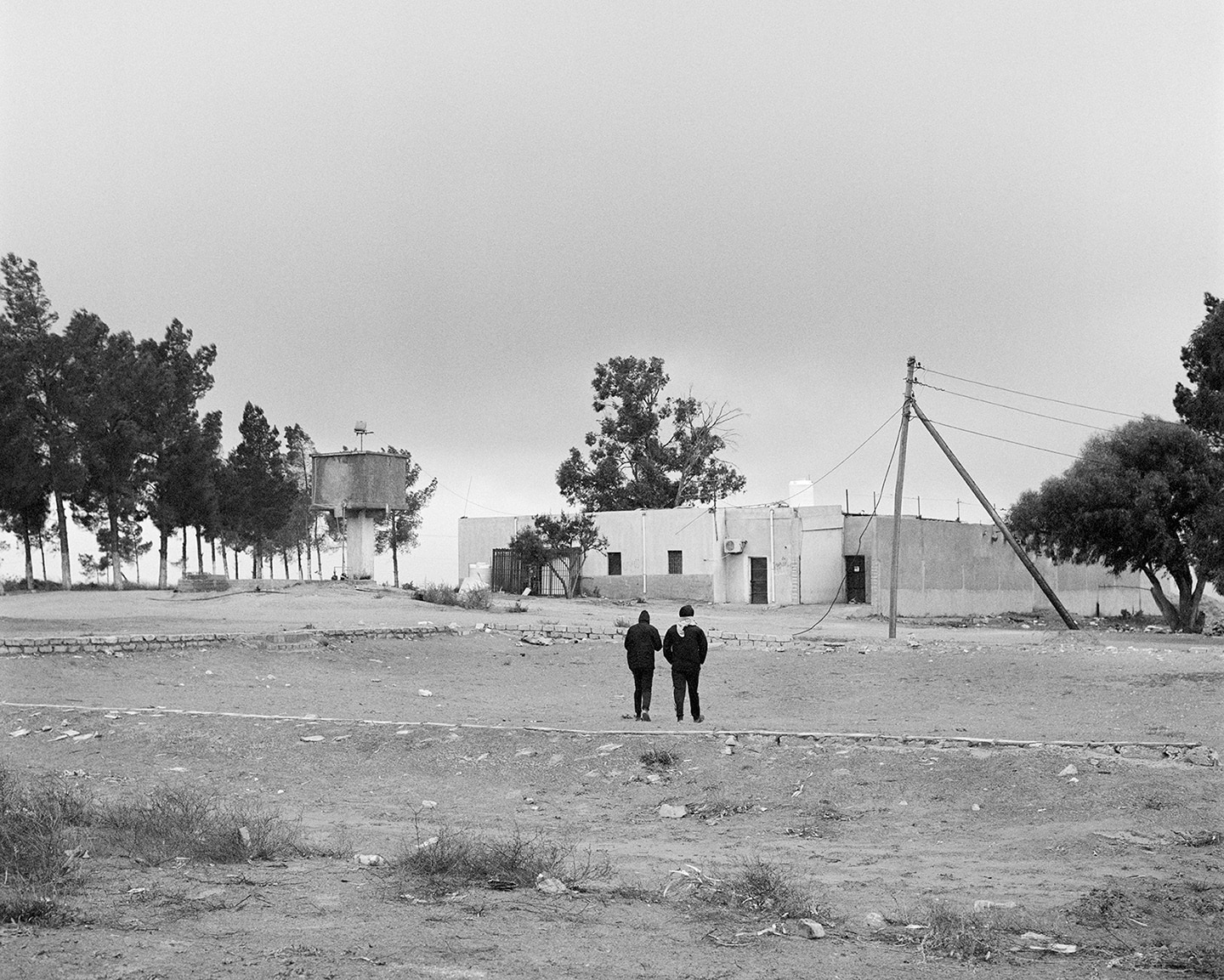 Faith, the final bond against breakdown