The people that are called Nuba include over 80 distinct communities and a hundred languages. The Nuba were originally of animist origins. Then, as time passed, some became Muslim, others Christian… There are cases where, in the same family, the three religions are practiced.
During the Second Civil War, which opposed North and South Sudan and commenced in 1983, the Nuba sided massively with the rebels of the South. At the time, the goal was to create a new Sudan and to promote equality amongst the people. After the October 2002 ceasefire, the peace accords between the Arab Islamist Government of Khartoum and the Animist and Christian rebels of the Popular Army of Liberation of Sudan were signed on the 9 January 2005. But after the death of the Southerner John Garang*, the South followed the path of independence. With the January 2011 referendum, the population of South Sudan voted 98,8% in favor of independence, which came about the 9 July 2011.
In May 2011, the contested election of the governor set off an explosive situation. Ahmed Haroun, the National Congress Party candidate (in power at Khartoum) was proclaimed victor over Abdelaziz al-Hilu, the candidate of the Popular Movement for the Liberation of Sudan, the group in power in Southern Sudan. Beginning of June 2011, the rebels of the Nuba Mountains took up arms against the government of Khartoum. Kurdufan was the central region of Sudan until the independence of the South. Since, it has become the most strategic boarder zone. The conflict is political, geographical, environmental and ethnic. From the beginning of the war, Khartoum has undertaken all sorts of abuses: systematic bombardments of civilian population (over 20 000 bombs were dropped during the last three years) in the Nuba Mountains, pillage, assassinations, organized famines…
The Sudanese government is ‘treating’ South Kordofan the same as Darfur. Since, the population is fleeing. Those who remain hide in caves or foxholes when Antonov and Soukhoï planes of the Khartoum government pass overhead to bomb them. NGOs are forced to leave, UN work is hindered and the international agencies are refused access to the southern region of Kurdufan. Regardless, some of the latter choose to ignore this ban.

*John Garang (of Mabior), born on the 23 June 1945, at Bor in present Southern Sudan, was a Sudanese politician and soldier. As militant for a unified Federal Sudan, he fought against the central authorities. Having been named the first vice president, he was killed three months later, on 30 July 2005, in a helicopter accident that remains unexplained. 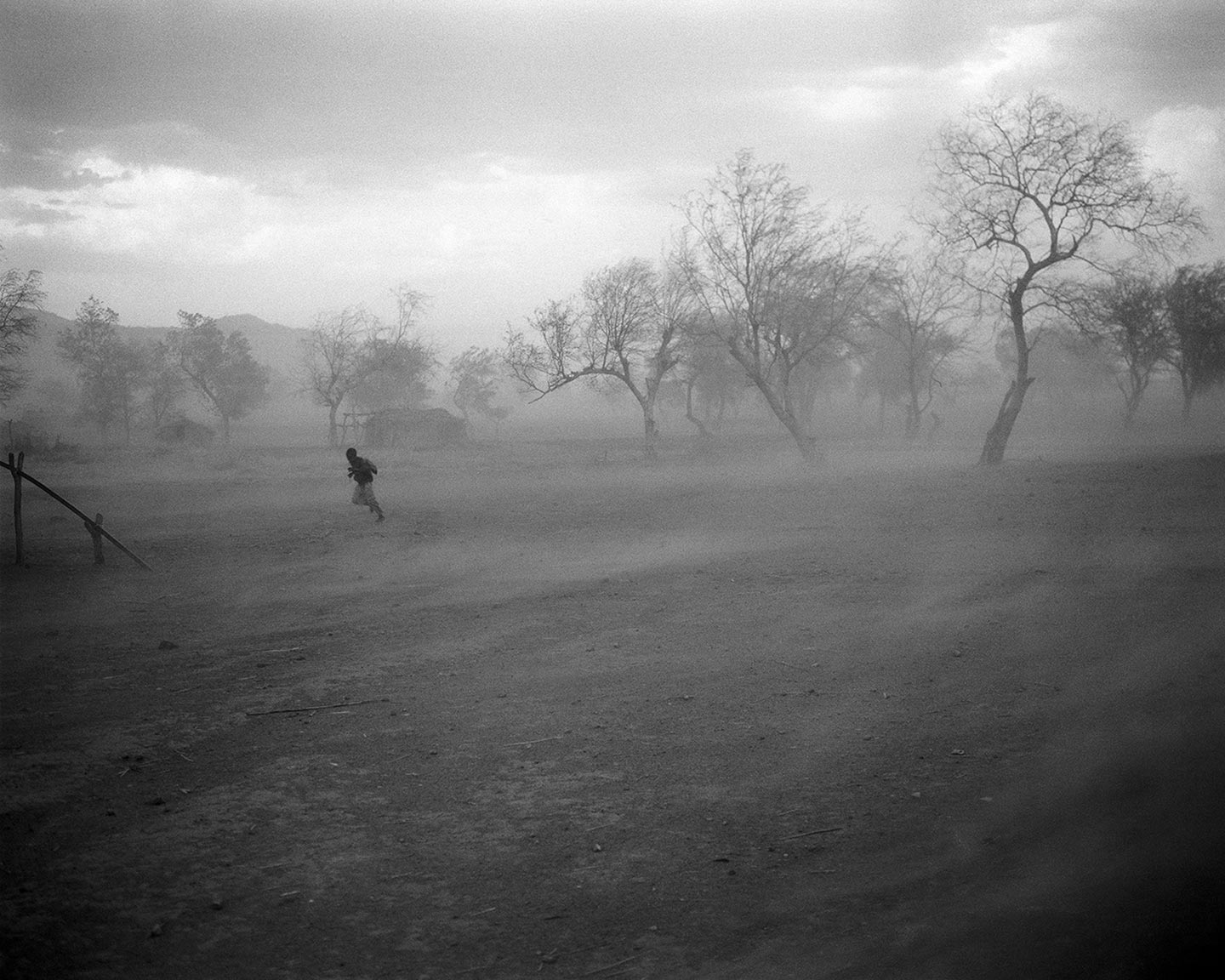 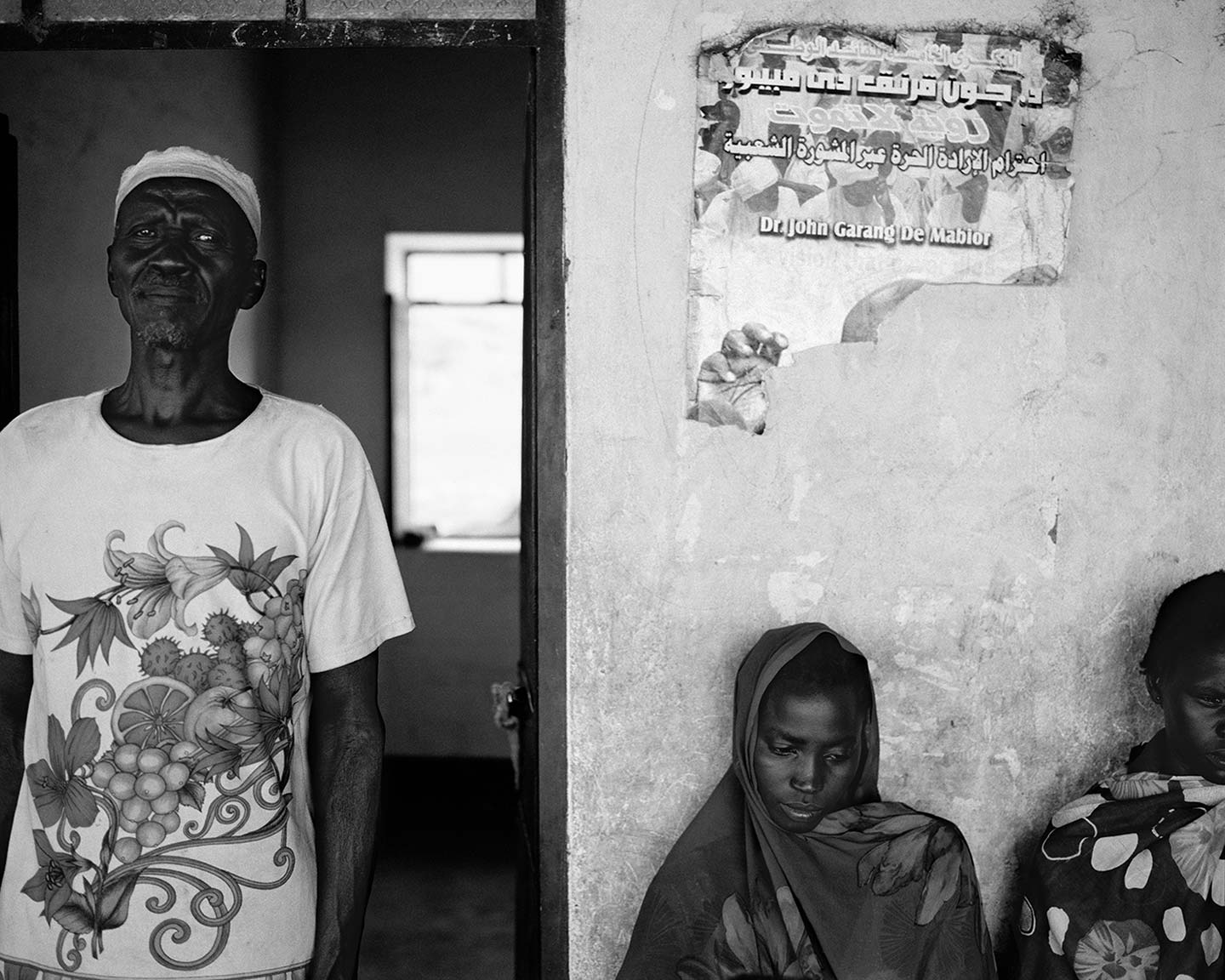 An old John Garang campaign poster sticking to a wall like a persistent dream... 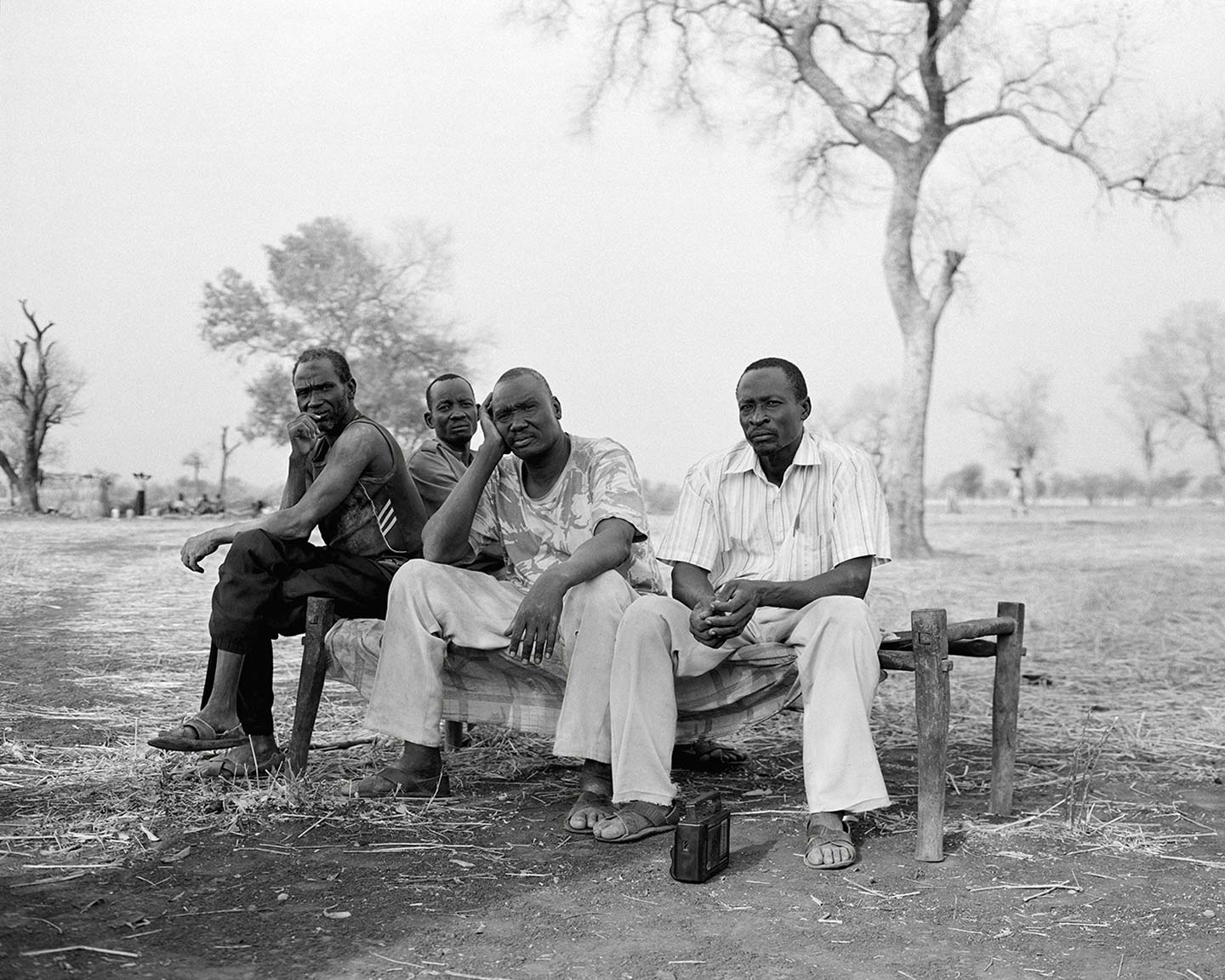 Gabriel Ismail (April 2014)
I'm the Buram county Maks. When the conflict began Khartoum government burned/destroyed our homes and  today the bombs are still raining down… The only solution would be to have the International Community as a mediator and if Omar Al-Bashir refuses our peace plan, we will have no choice but to fight. 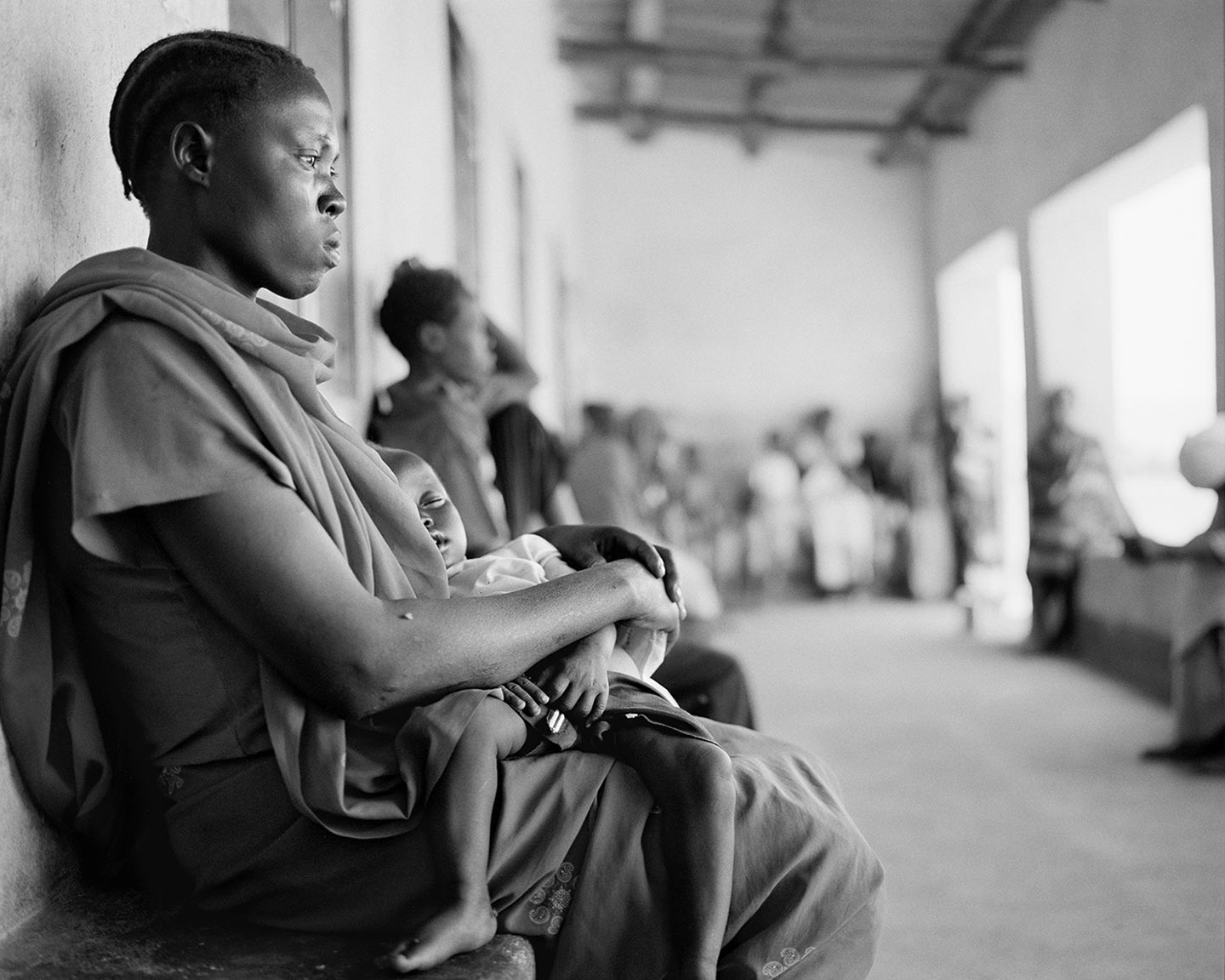 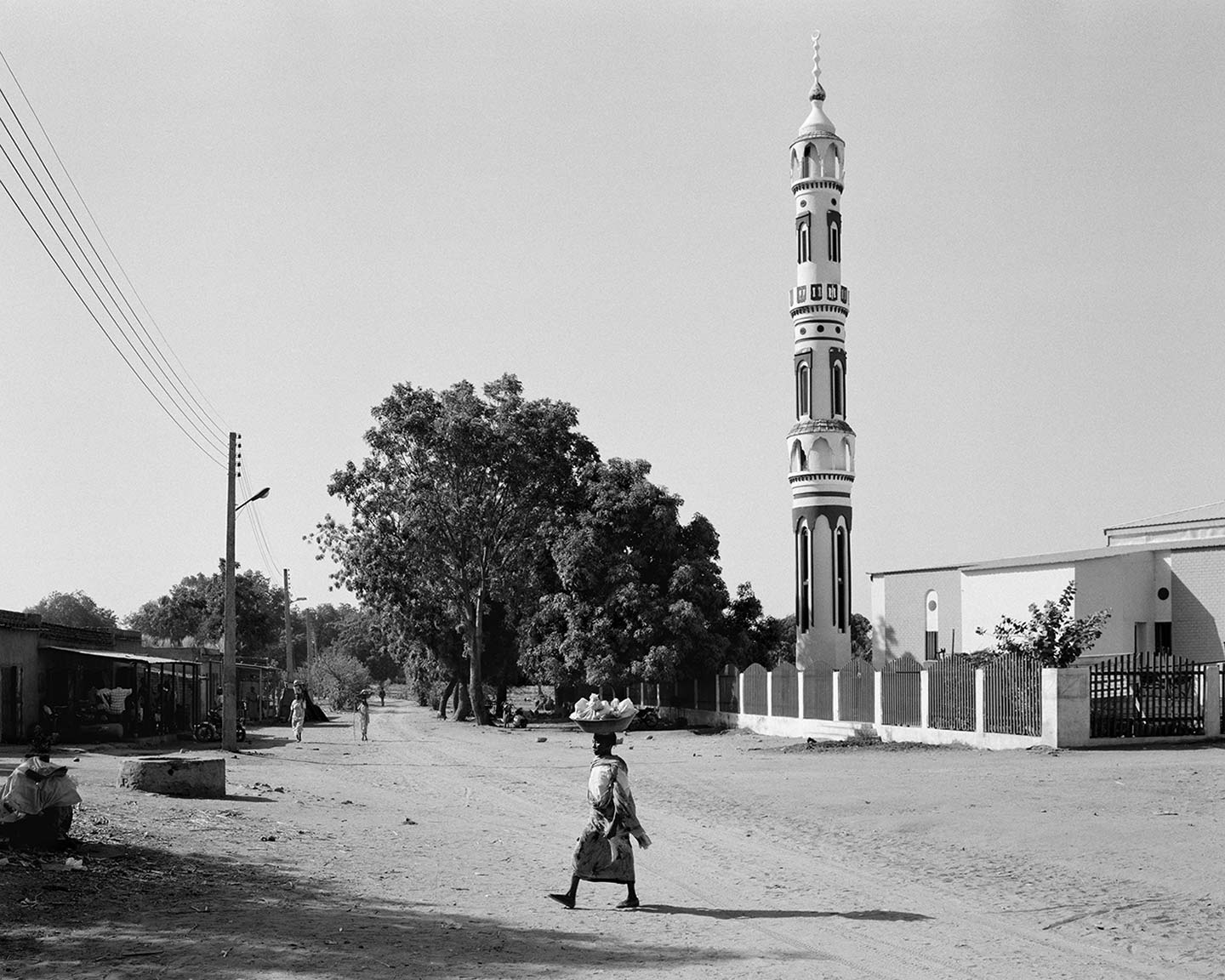 Kauda city, mosque built by the Khartoum government with the initial intention of mass islamization… 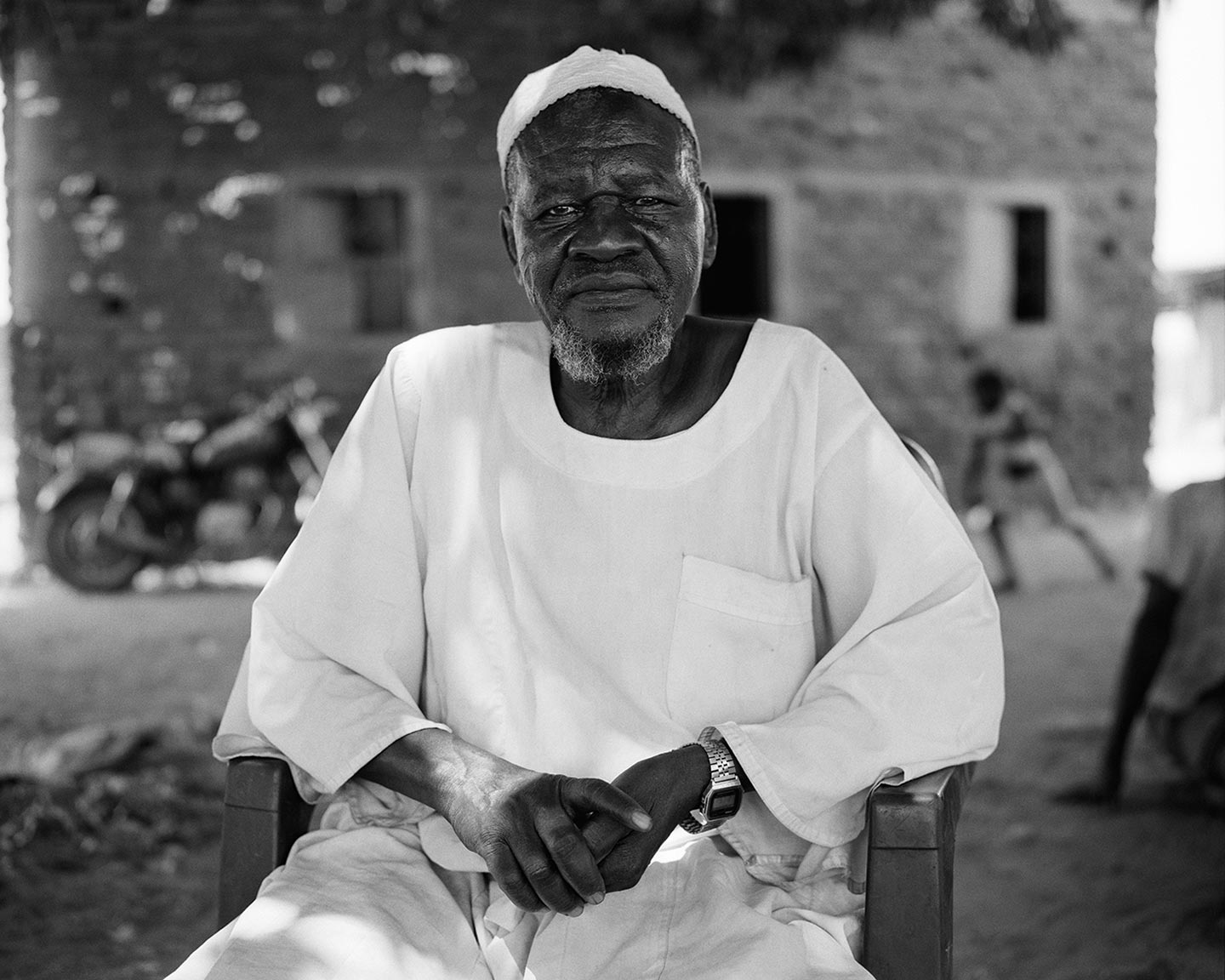 Arnoo Kabu (March 2014)
I'm Kauda deputy Maks; My brother is the Maks and the Imam of Kauda city. We have shortage of everything and Khartoum government categorically refuses that anyone comes to help us. The war forces us to be patient, there is nothing to do, just wait ... We want Peace but only God will decide... 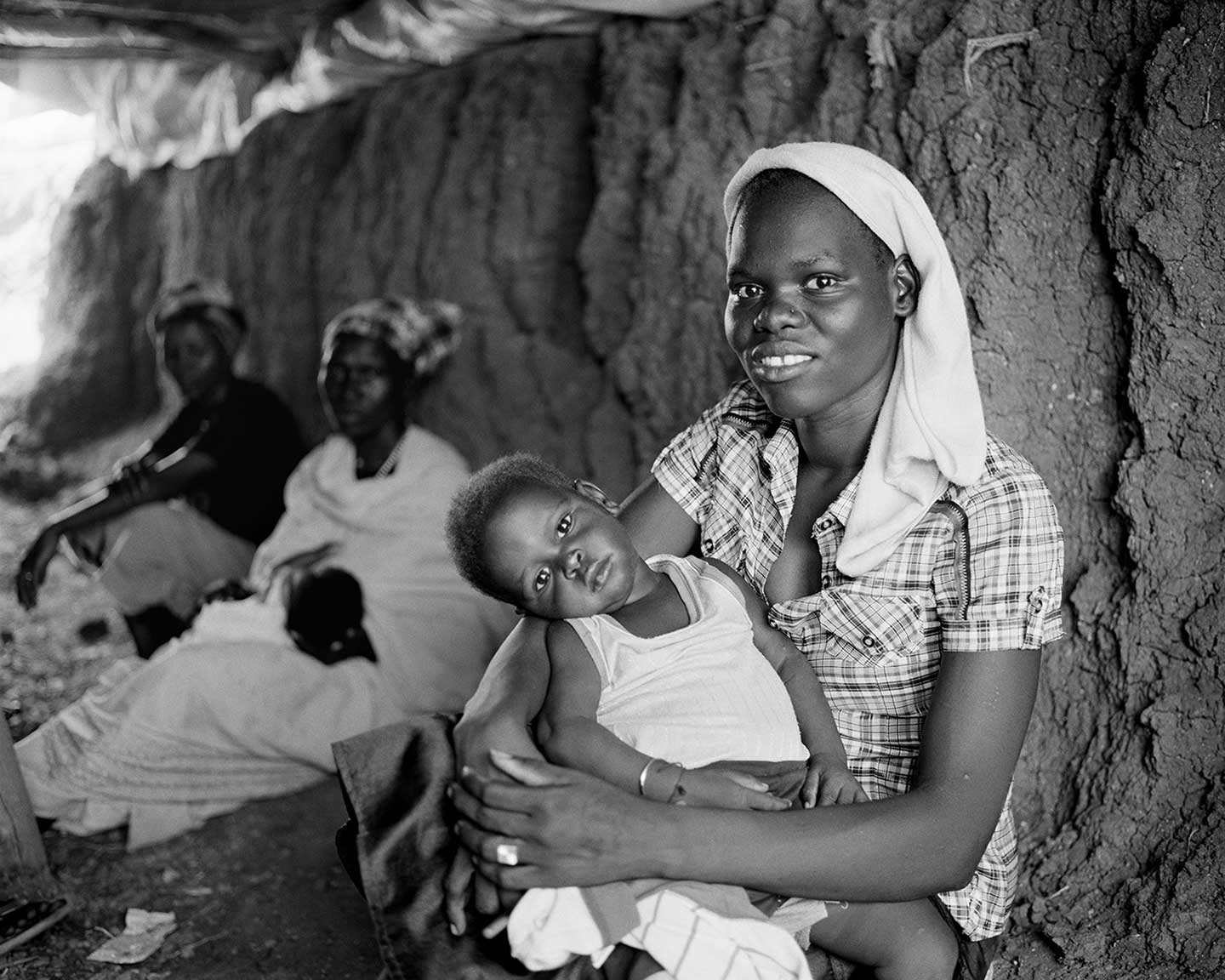 Frandala health post, each time a plane (Antonov and/or Soukhoï) flies overhead, the population heads for shelter.
The hospital was bombed twice and partially destroyed in June 2014 and January 2015. 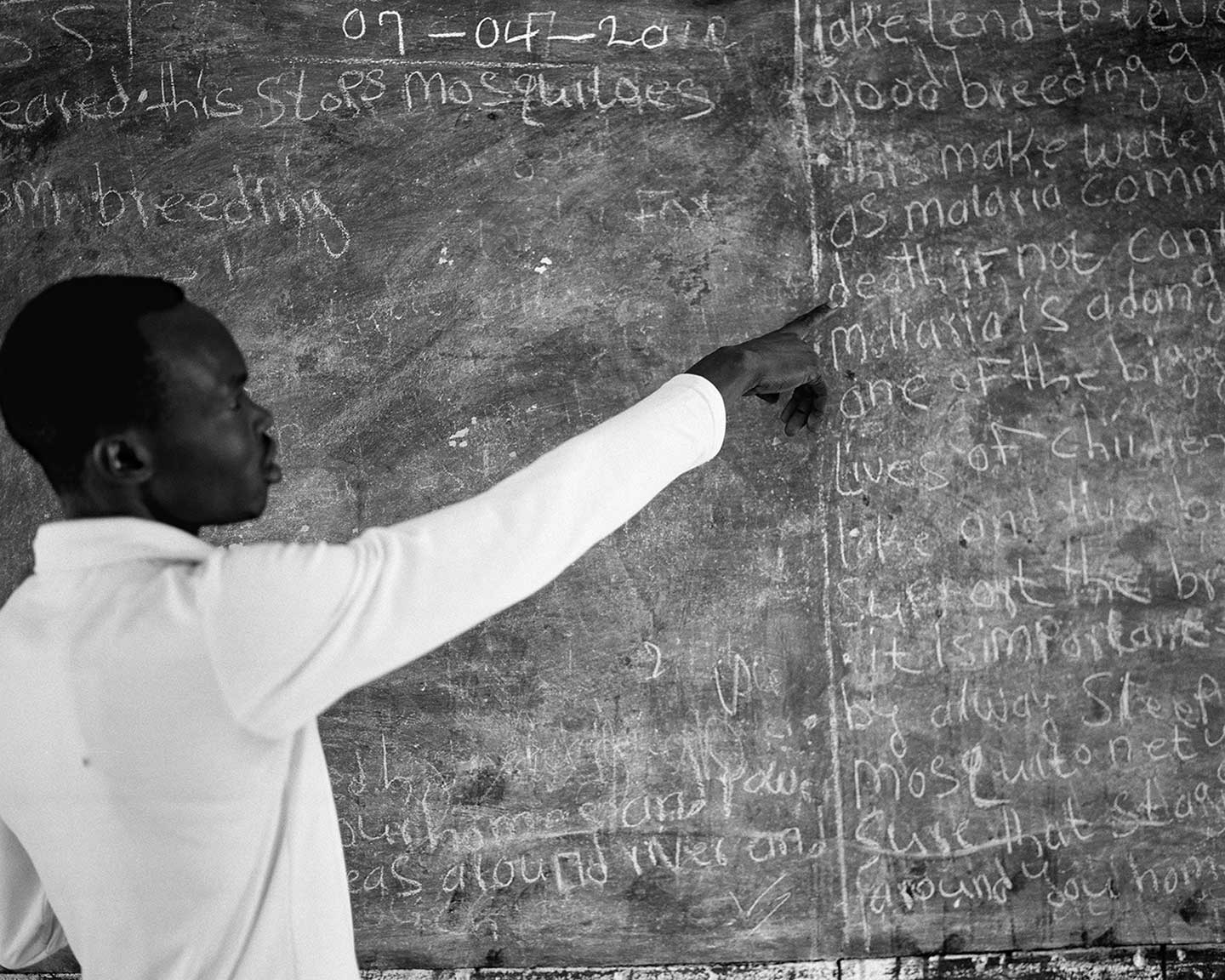 Frandala/Lado School numbered over 1000 students before the beginning of the conflict. The school was closed mid-2011 and re-opened only in December 2013. Five teachers instruct now a little less than a hundred students. Books and school supplies are totally lacking… 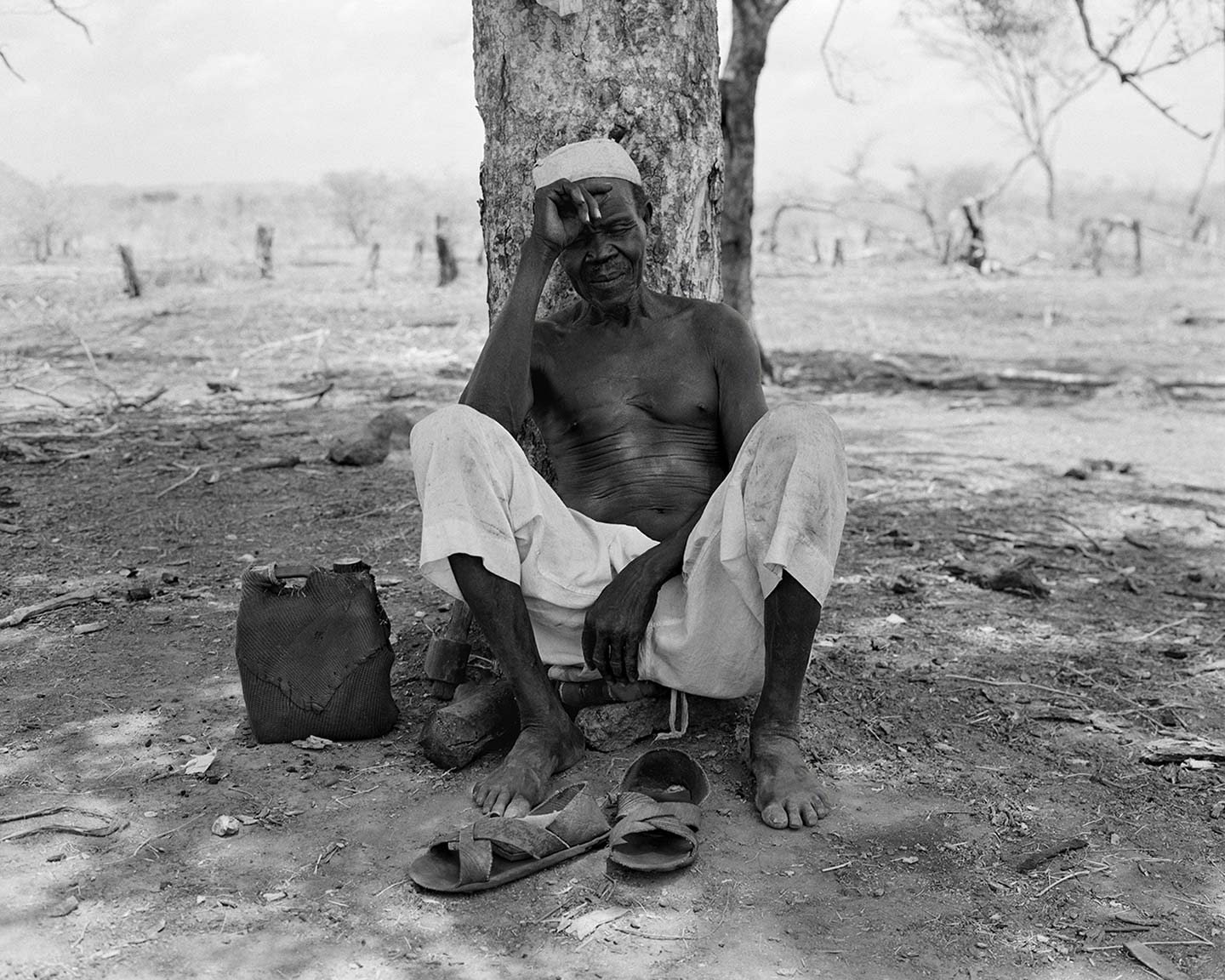 “Mama” Rehab Kuku (April 2014)
I had 9 children & 4 grandchildren. The father of my children died five years ago (...) Today my children are scattered in different places and I am waiting for Peace  so that we can be finally reunited. One of my children has fought on the front line but was injured and returned home. So I pray for Peace... 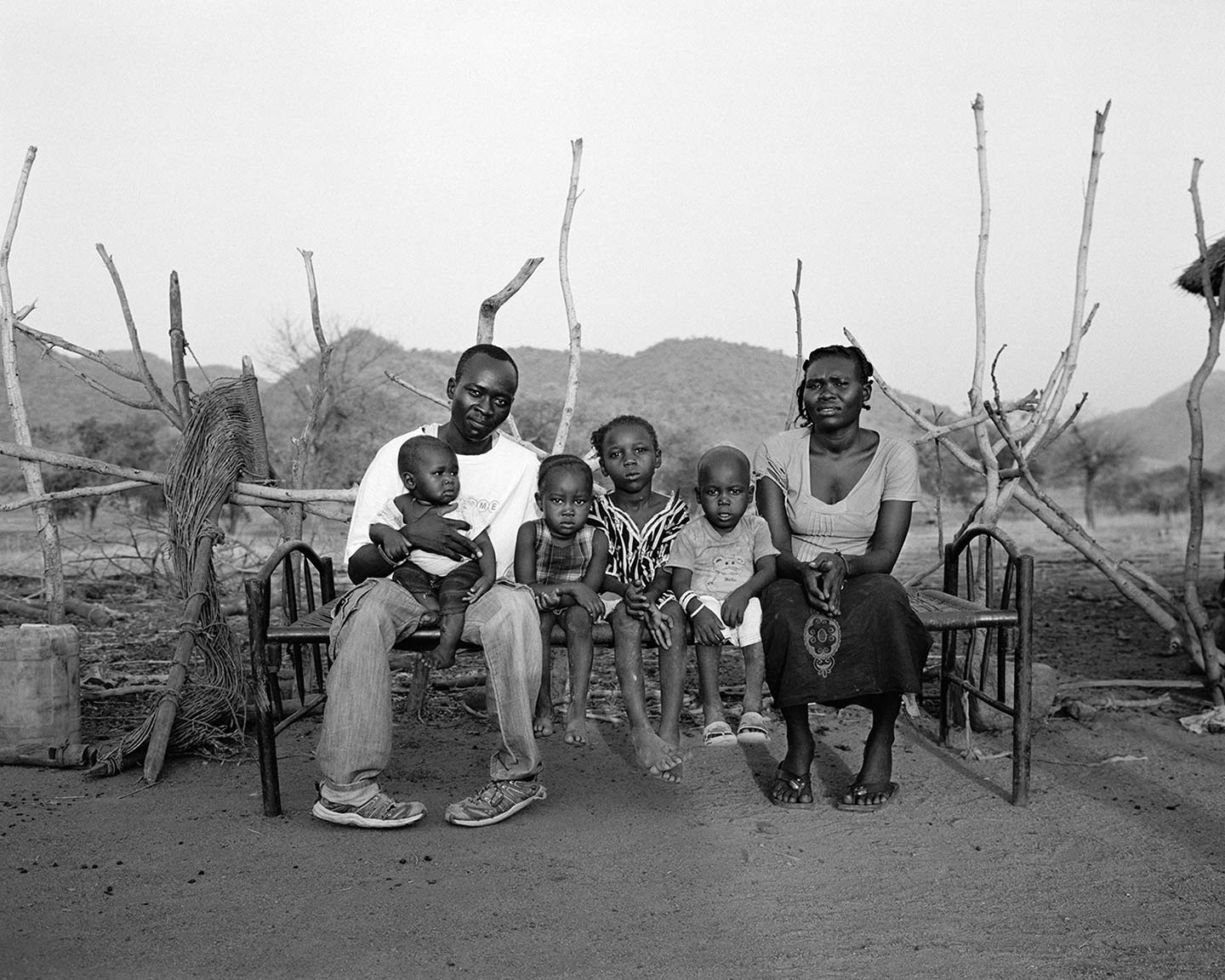 Isaiah Jilal (April 2014)
I am nurse in Frandala hospital which is supported by an International NGO despite the prohibition of Khartoum government. I started with them 2 years ago as translator and gradually the team trained me to become a nurse. Overflights of airplanes are our daily: the fear of random bombing forces us to hide as soon as we hear a plane... 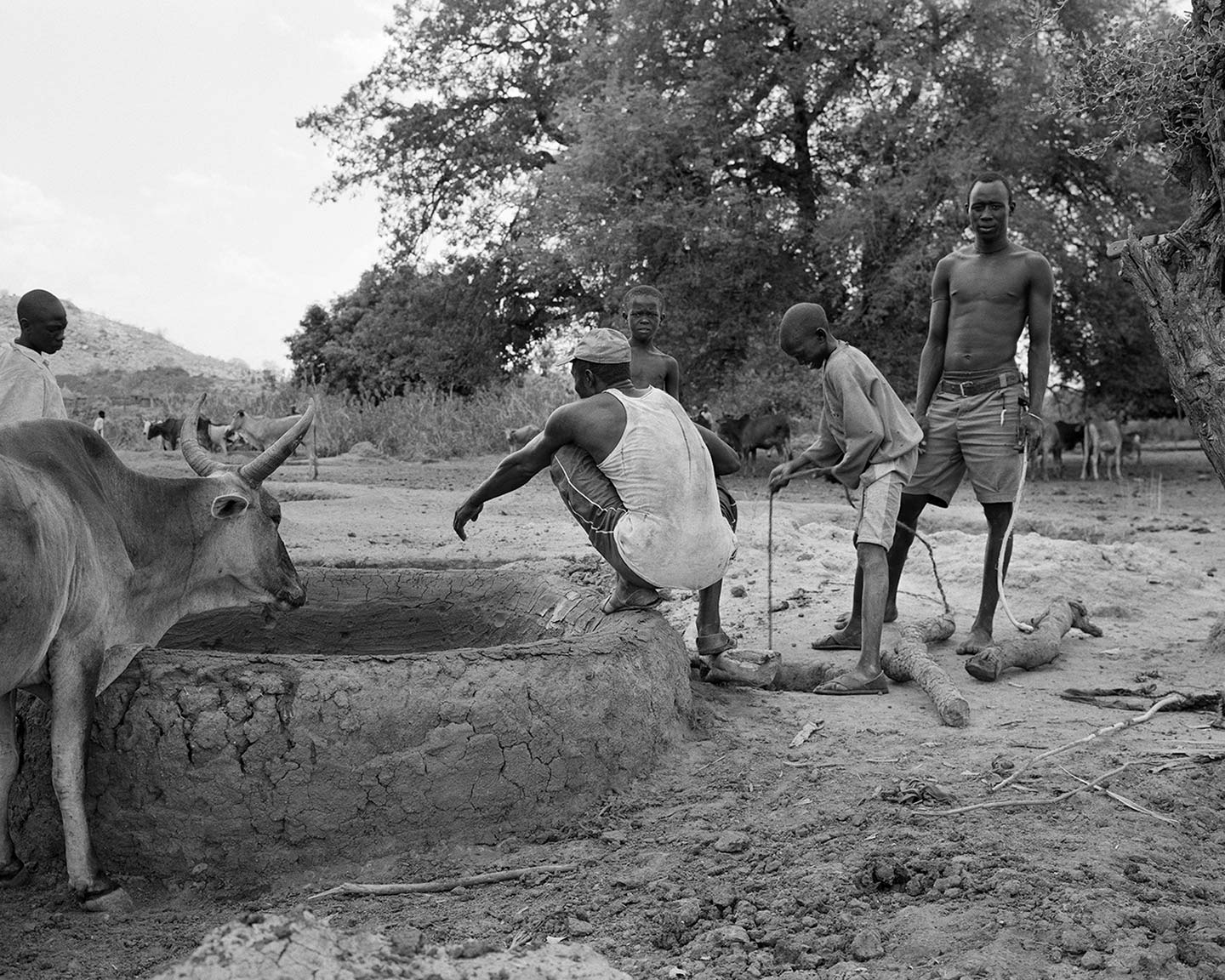 Lado area, the cattle is gathered around the well… 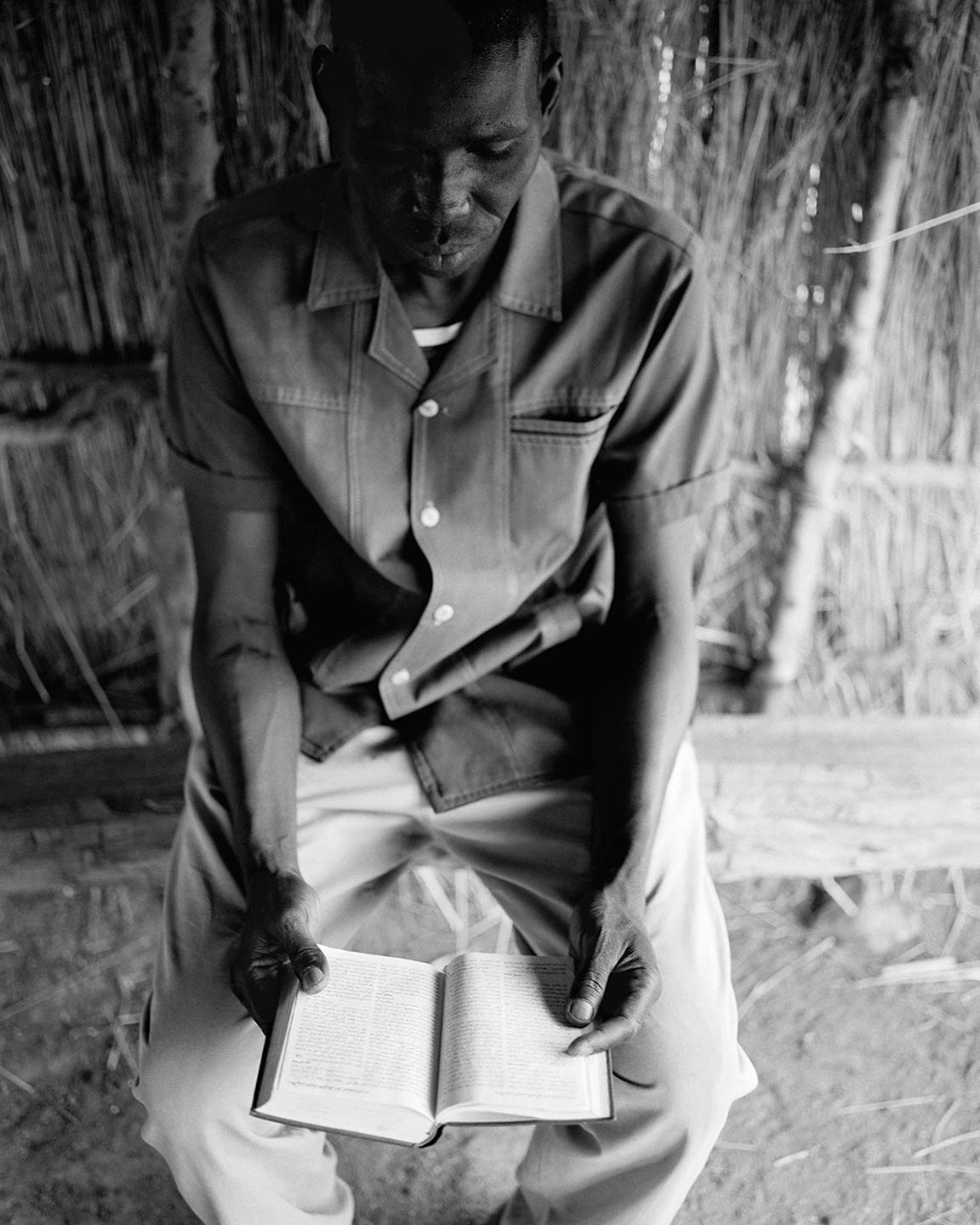 Isaak Tia Tia (April 2014)
I'm Pastor and nurse in Frandala hospital... We pray that the war will end, we want peace... In the Nuba Mountains, we live in peace between Catholics, Protestants and Muslims. We talk and we understand each other; We have the same God...  we all want  Peace and Unity. 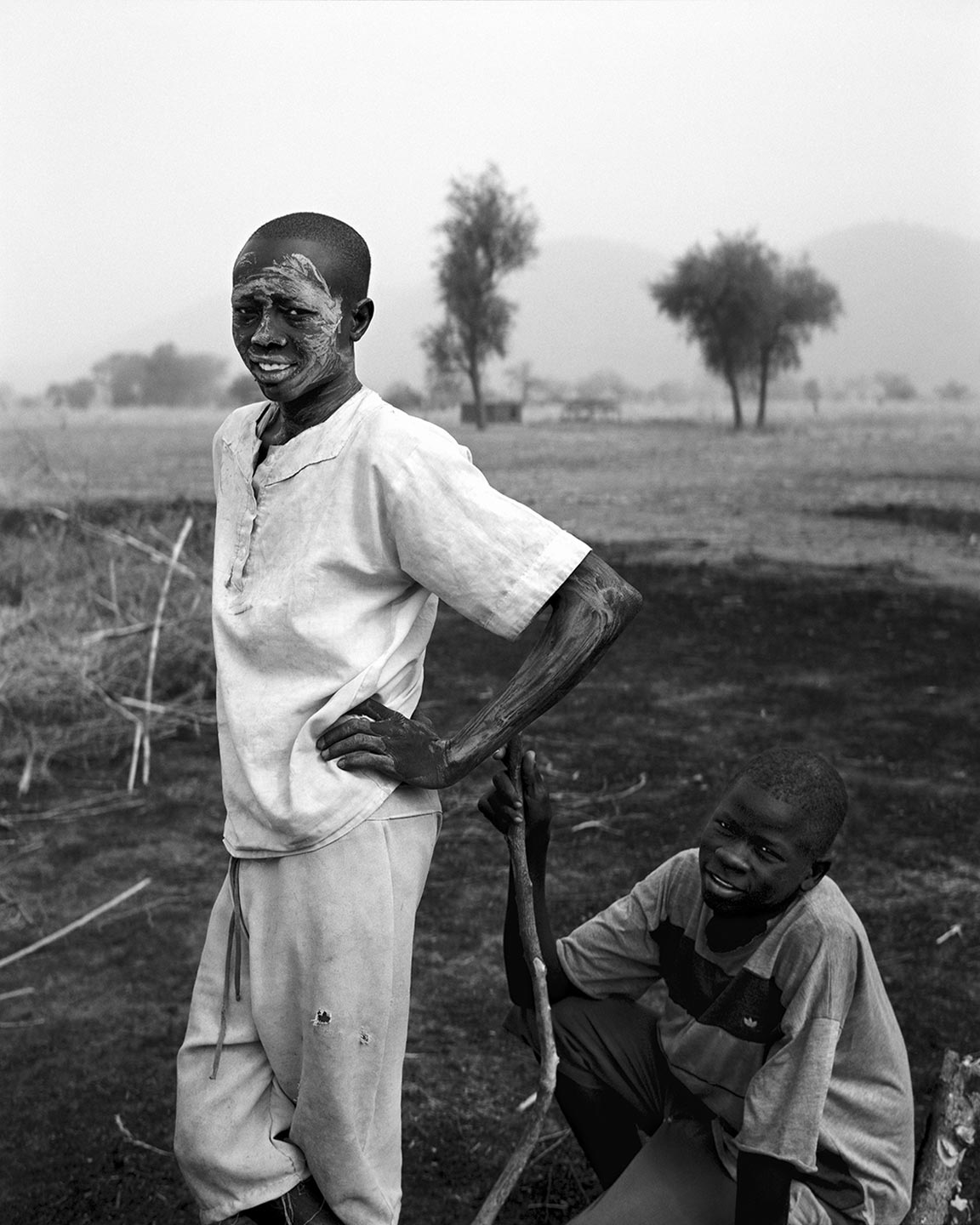 The entire family is preparing the grain (Sorghum) for consumption. Men are beating it… 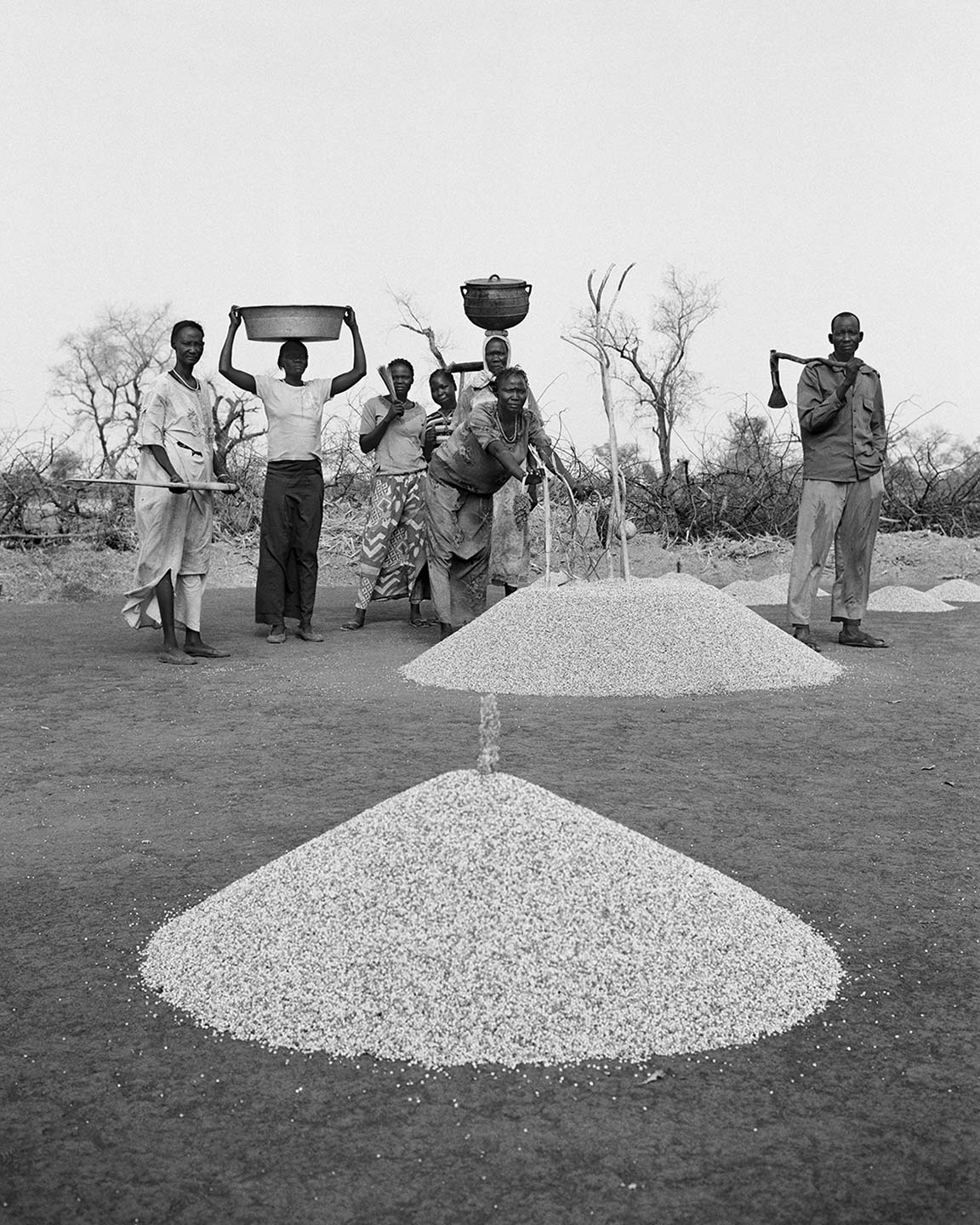 …and women are winnowing it.