In a country, which has known civil war, pillaging, and every kind of violence for almost twenty-five consecutive years, the term "status" is nonexistent. If the lands, villages and houses are devastated, the herds wiped out, the few earthly possessions confiscated; the lives, they have been stolen. Stolen through murder, child military enrollment, rape… And stolen still by exile and separation. Twenty-two years of conflict have shattered the family structure in Somali society. Often broken down by too many ordeals, the women are continually confronted with problems related to primary needs, namely lodging and food.
Without resources, in outmost despair and no future in sight, space and time tend to dissipate, even if the latter seems to drag on endlessly. For these women are waiting. They await a homecoming, news, hope. Sometimes, worse still: they await nothing.
It is in this context, absent of any social ranking whatsoever, that these images and testimonies rank as timeless icons of fear and suffering; maybe, but all things considered, Life is unquestionably there. 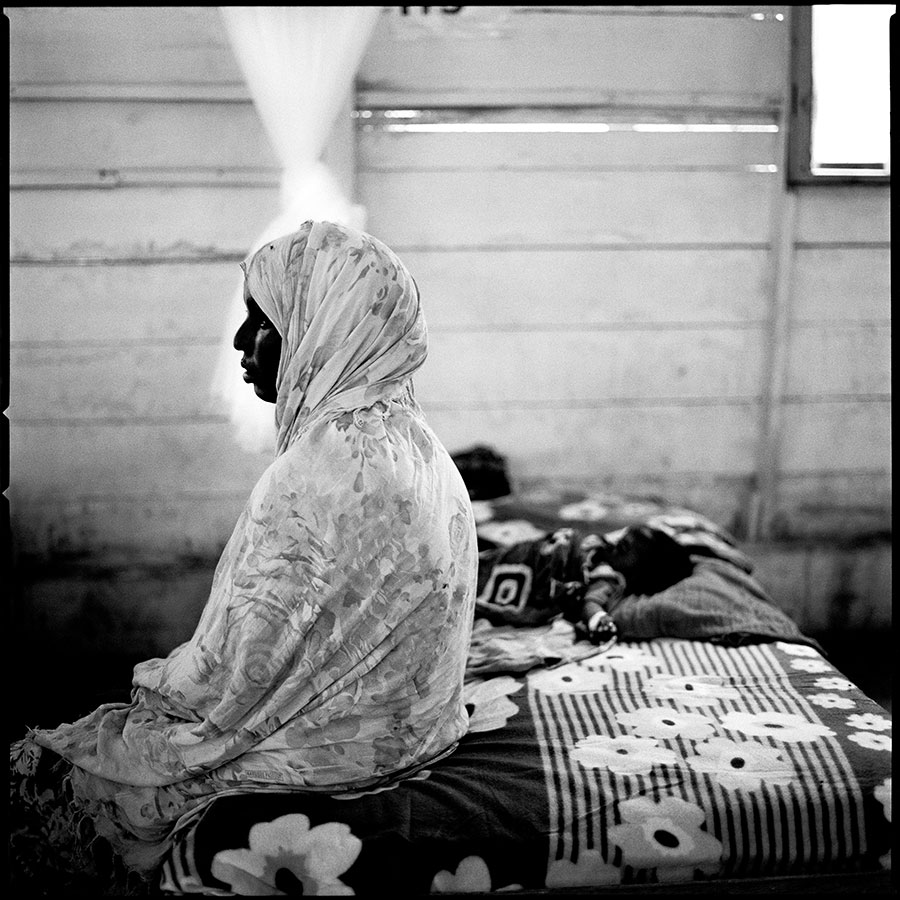 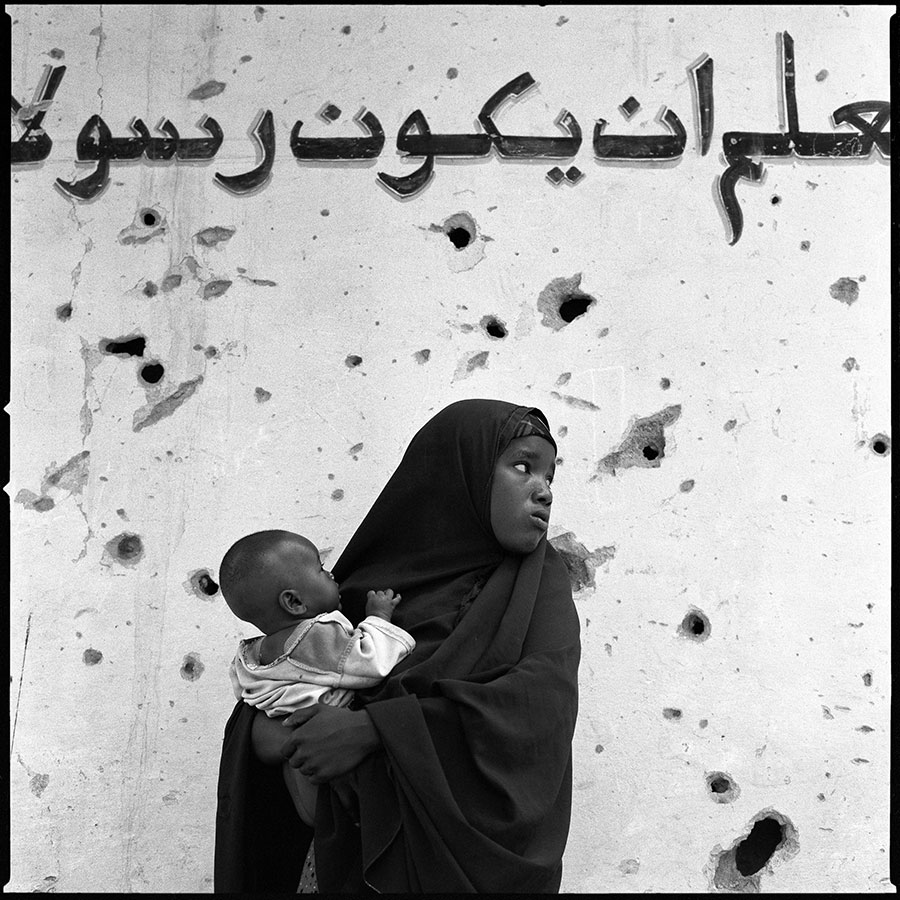 Luley Kassim Cali (June 2012)
I arrived with my family in Mogadishu, 6 months ago. We were farmer but as we lost everything we came here to receive assistance... My dream: Peace but also a decent standard of living including food and housing for all my family... 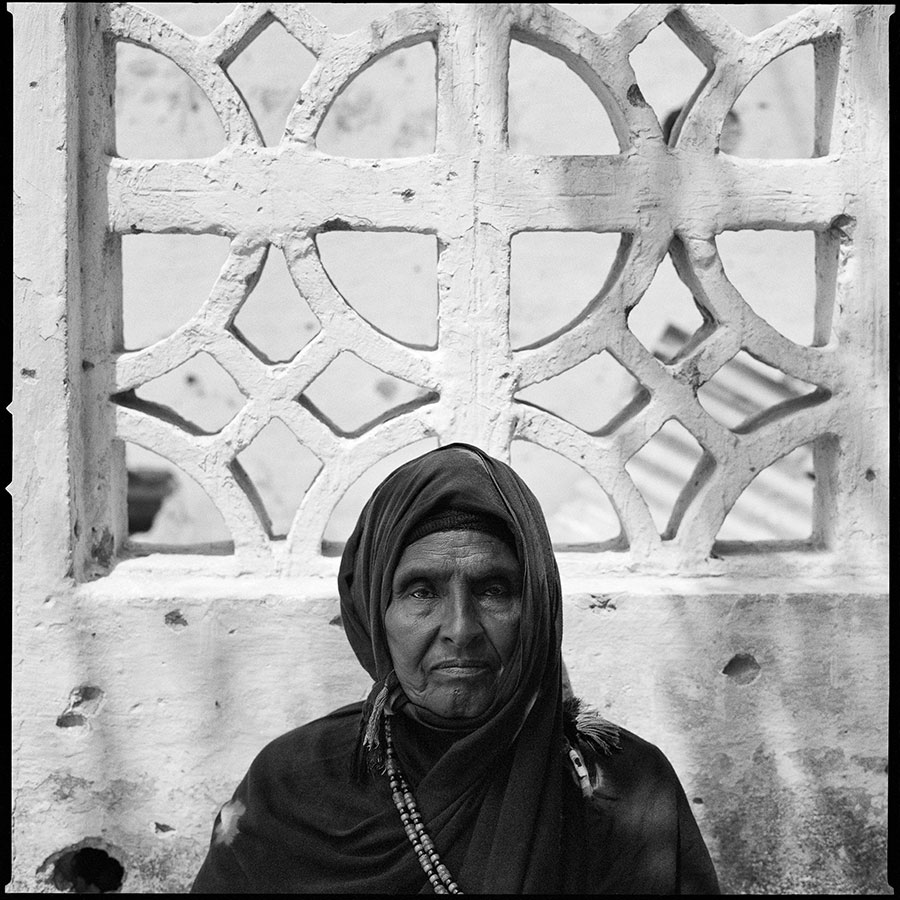 Faduma Nuur (June 2012)
I’m from Mogadishu, for the last 4 years I’ve been moving from one district to others to receive assistance. I got many children and grandchildren, but unfortunately only 3 of my children survived, life has not been easy... My dream: That Allah gives us a better life… 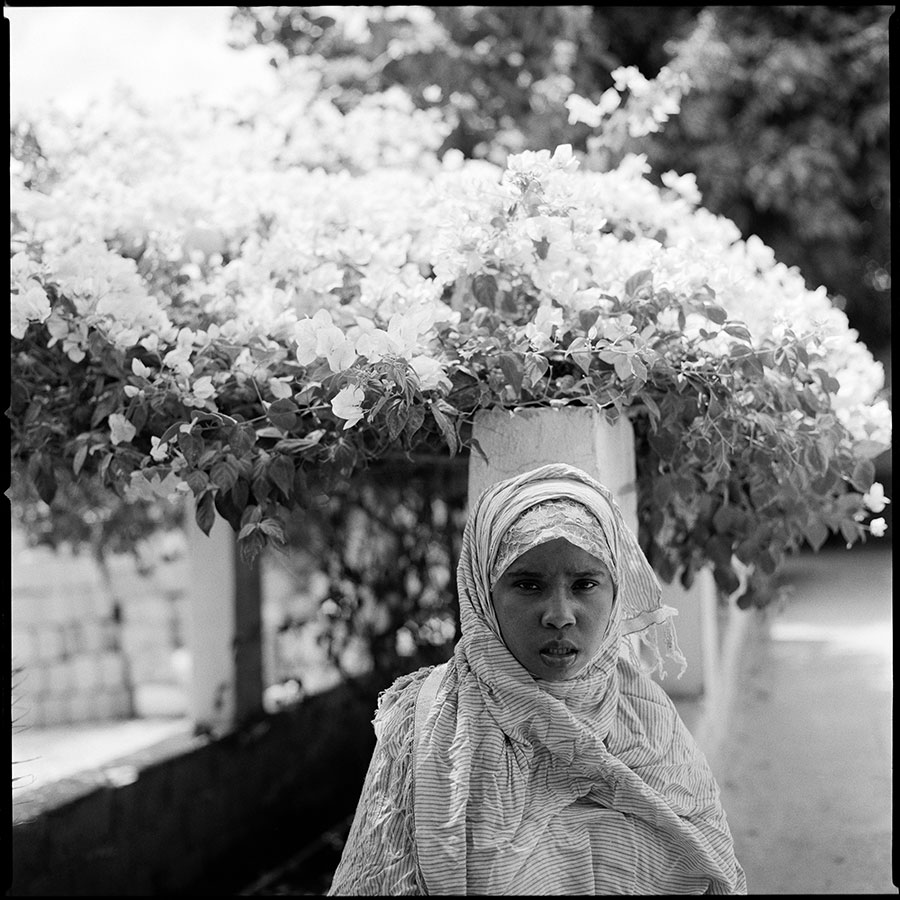 Aliya Maxamed Ibrahim (June, 2012)
I’m from Mogadishu, before we get children my husband was killed by militia. Nowadays I’m leaving with my mother and her young child. I’m working in Paradise hotel and I’m the only one to earn income for all my family. My dream: Peace... 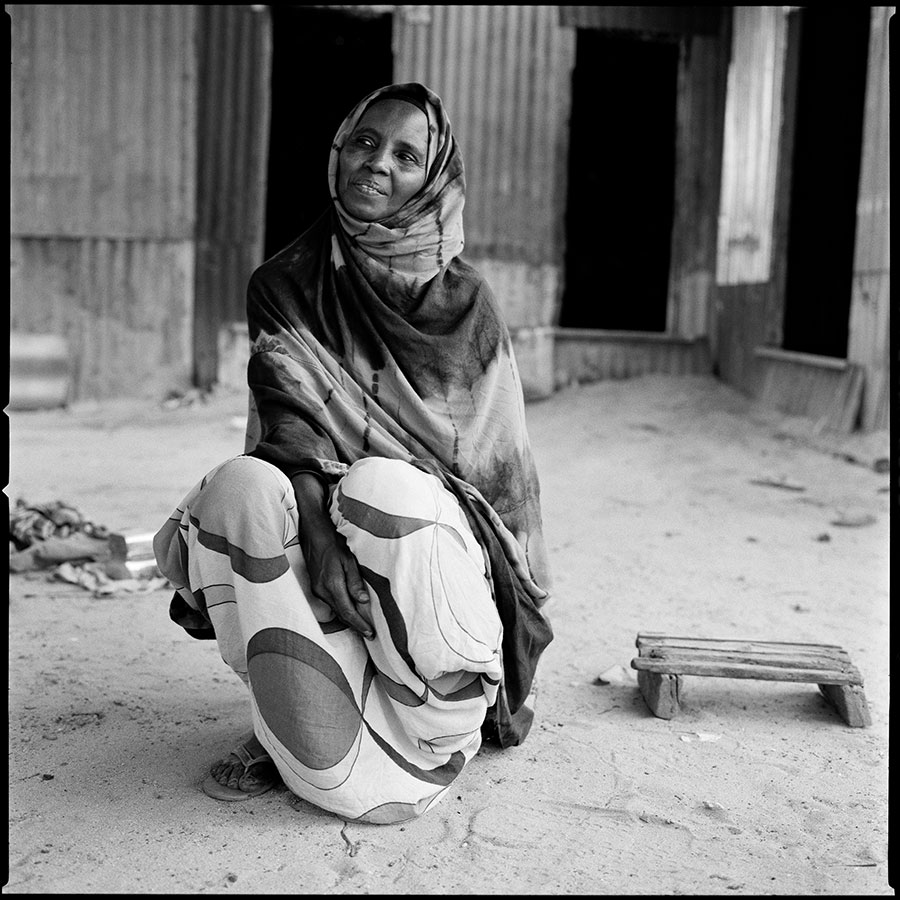 Sarah Ahmed (June 2012)
I’m from Mogadishu, my husband was soldier and he was killed 2 years ago during 2009 Ramadan offensive. I have 6 children, to be able to feed them I’m going to Bakaaraha marker to work as helper. My dream: Peace and health...

Kaltum Hassan Maxamed (June 2012)
I’m 26 years old medical doctor, I arrived in Mogadishu in 2003. Before I lived in Saudi Arabia for over 16 years. My dream: Peace of course and I want to see my country becoming a developed country with a proper health care access, women having senior positions and children having, as fundamental right, education… 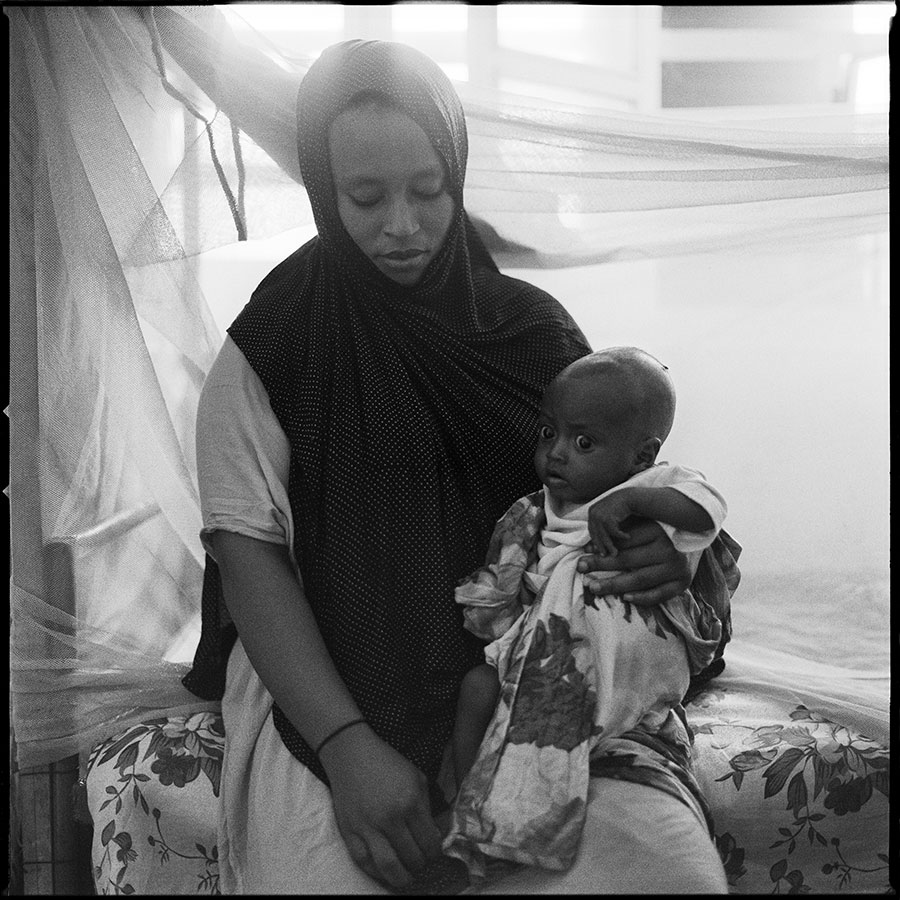 Nimco Abdul Qadir Cali (July 2012)
I’m from Bondhere district (Mogadishu), during 2009 Ramadan offensive I run away to another district. I have 5 children and last week the youngest one had been hospitalized because of acute water diarrhea and pulmonary track infection. My dream: Peace and health 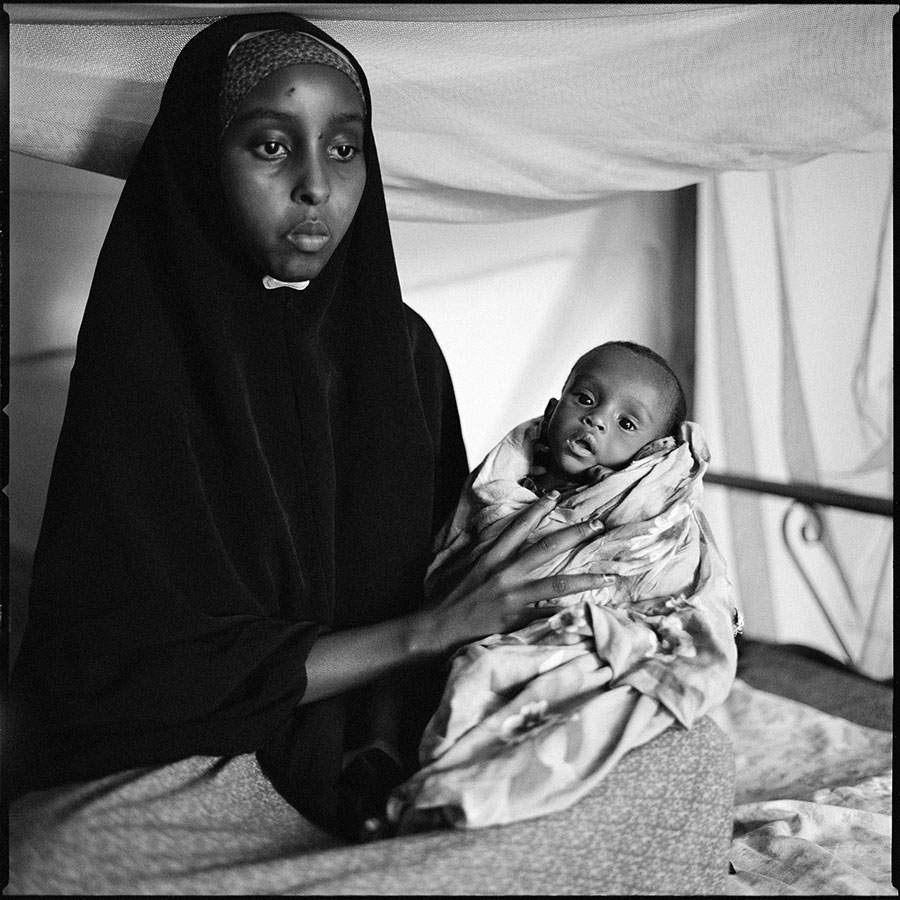 Suxdi Hassan Weliye (July 2012)
I’m from Mogadishu, I’m seventeen and I’ve a 5 months old child. I get married more than one year ago. My husband is working as mechanic in a garage. My dream: I’m begging Allah to get my child cured… 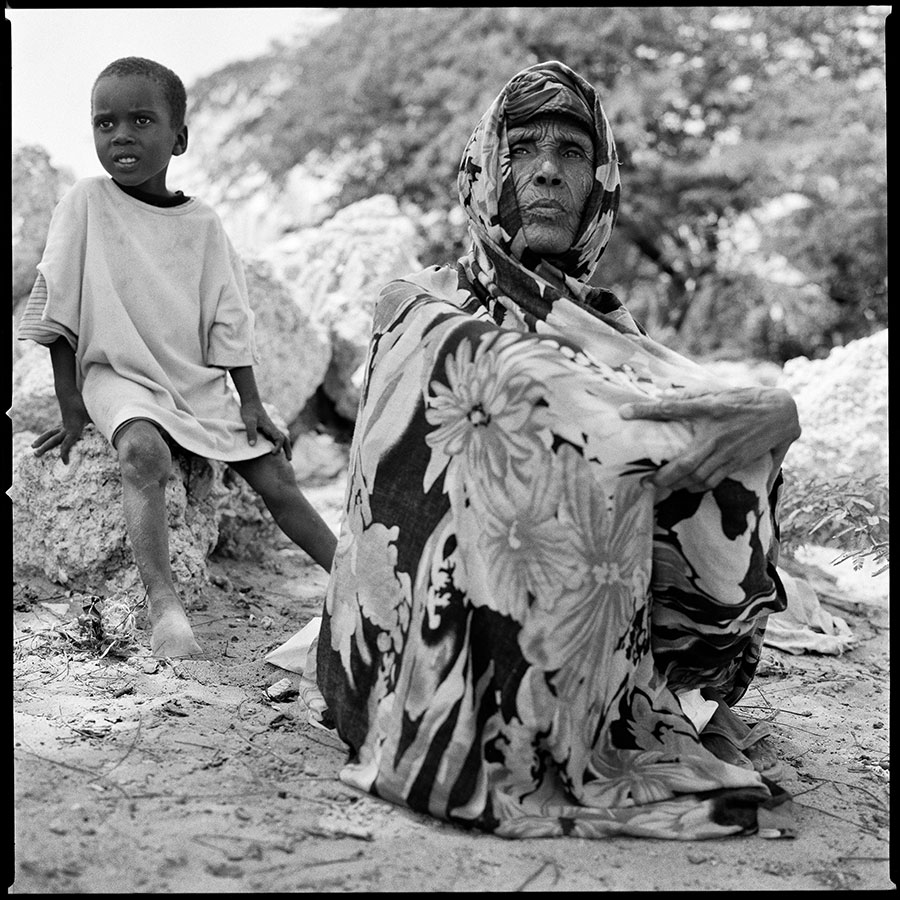 Maryam Maxamuud (May 2012)
I’m form Mogadishu, I have 10 children and 26 grandchildren. I’ve been facing many problems during 90’s civil war day thereafter and sporadically I’ve been facing hunger, disease but I’m an old woman, who cares? My dream: Proper education for our children and good health care access... 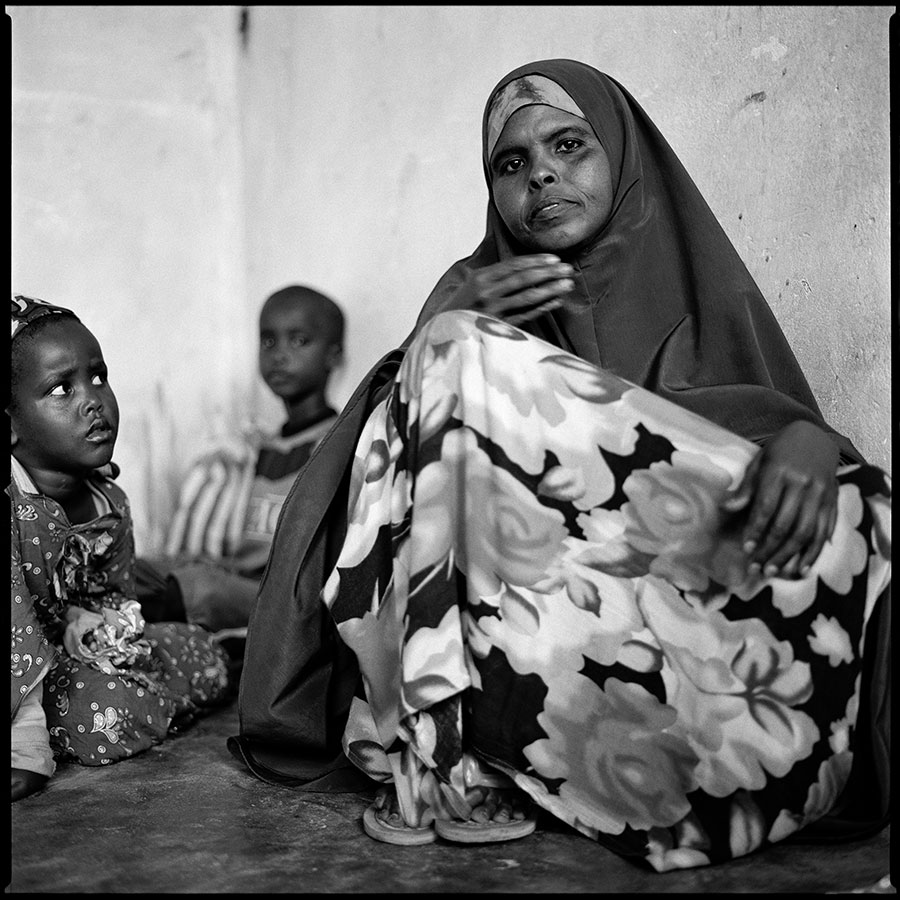 Amino Maxamed Maxamuud (June 2012)
I arrived in Mogadishu 3 years ago. My husband left me, so I'm alone with my 2 children. As only income I’m selling tea. but I cannot do anything, I'm just surviving and trying to get enough food for my children. My dream: I have no idea, whatever Allah is offering me... 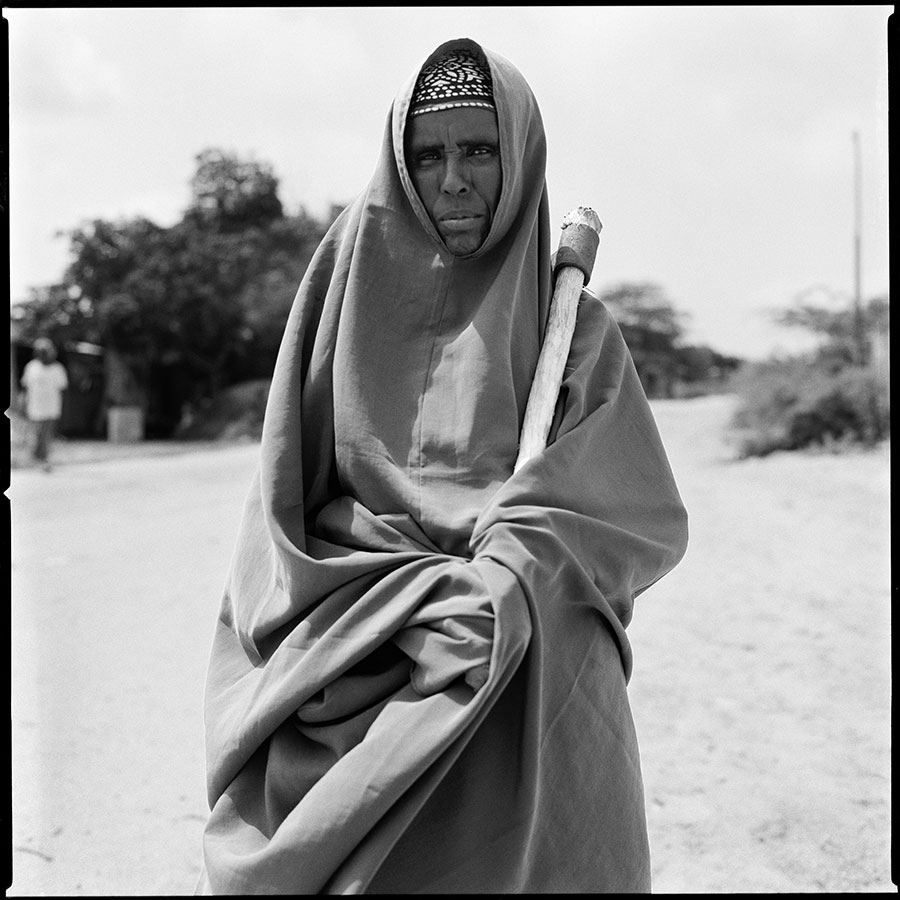 Faduma Maxamuud Maxamed (June 2012)
Since the begining of the civil war, I’ve been able to stay in Dayniile district (Mogadishu) by moving from place to place to prevent fights and continuous shelling (Mortar). My dream: Peace and something to feed us… 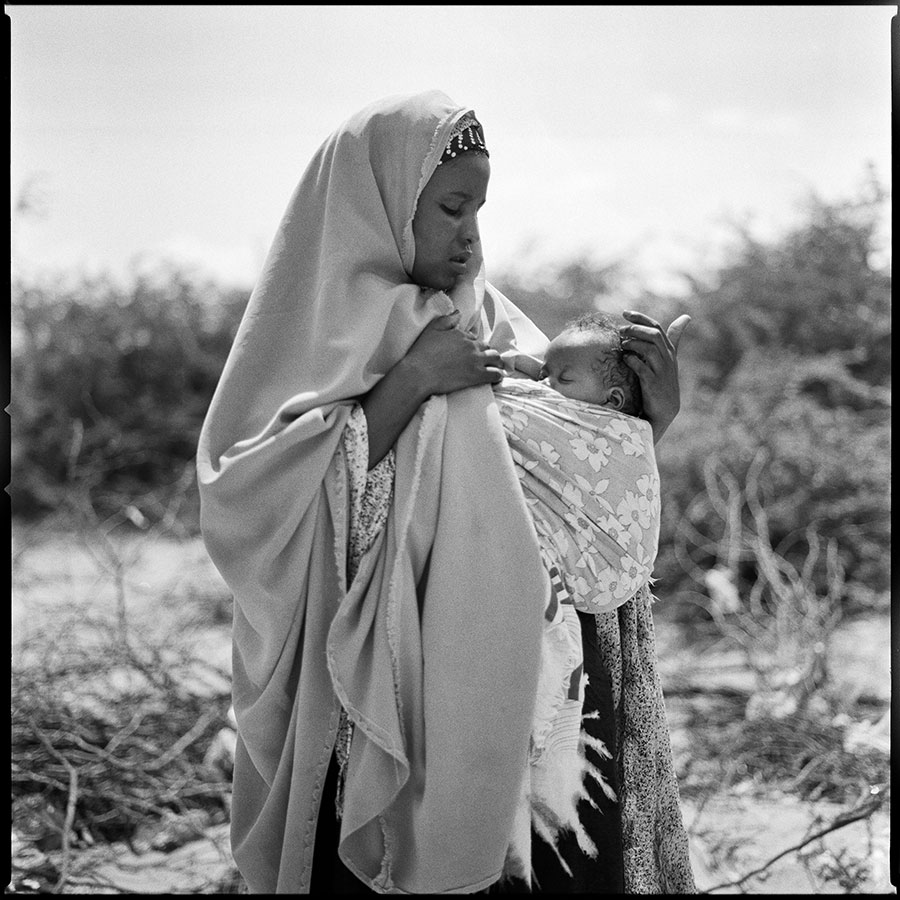 Rahmo Hassan Abdi (May 2012)
I’m originally from Baidoa, I arrived last year in Mogadishu with all my family. My husband died from illness as he cannot afford medical fees. To survive, I’m working as daily Labourer in Bakaaraha marker. My dream: Whatever Allah will offer us, especially Peace… 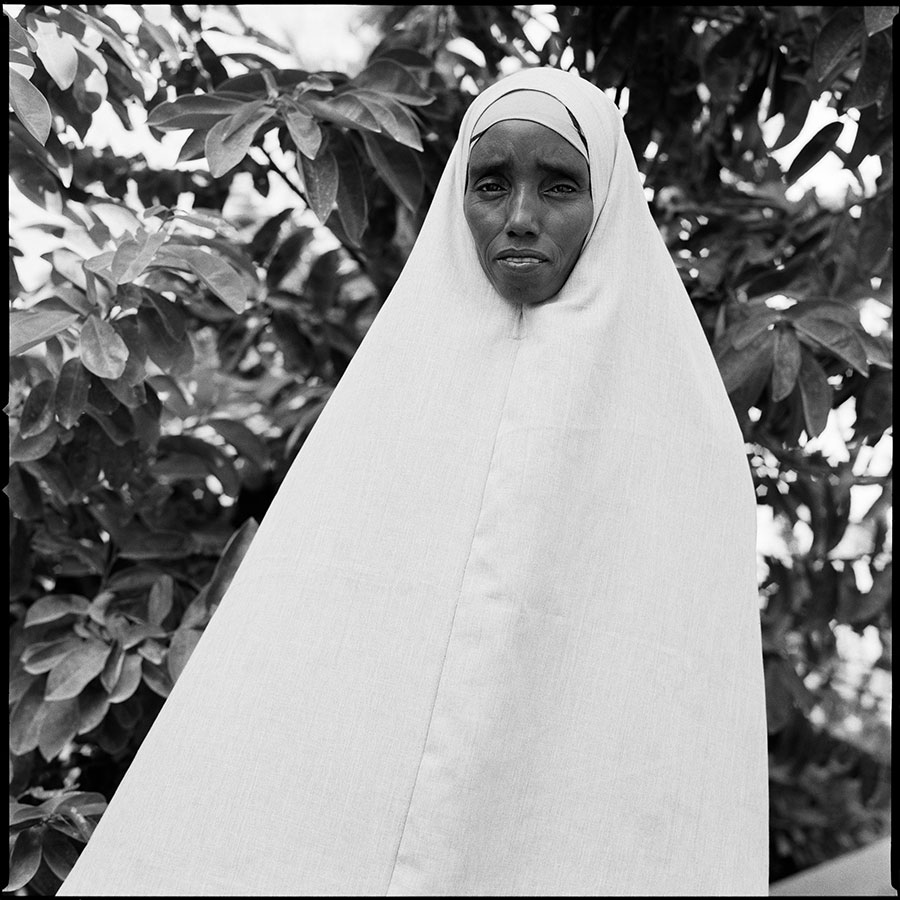 Adey Hassan Cali (June 2012)
I came form Jamaame, 2 months ago, to see my husband who found last year a job with a NGO. When my husband lost his job he didn’t get other choice than to go to Mogadishu. My dream: A good education for my children... 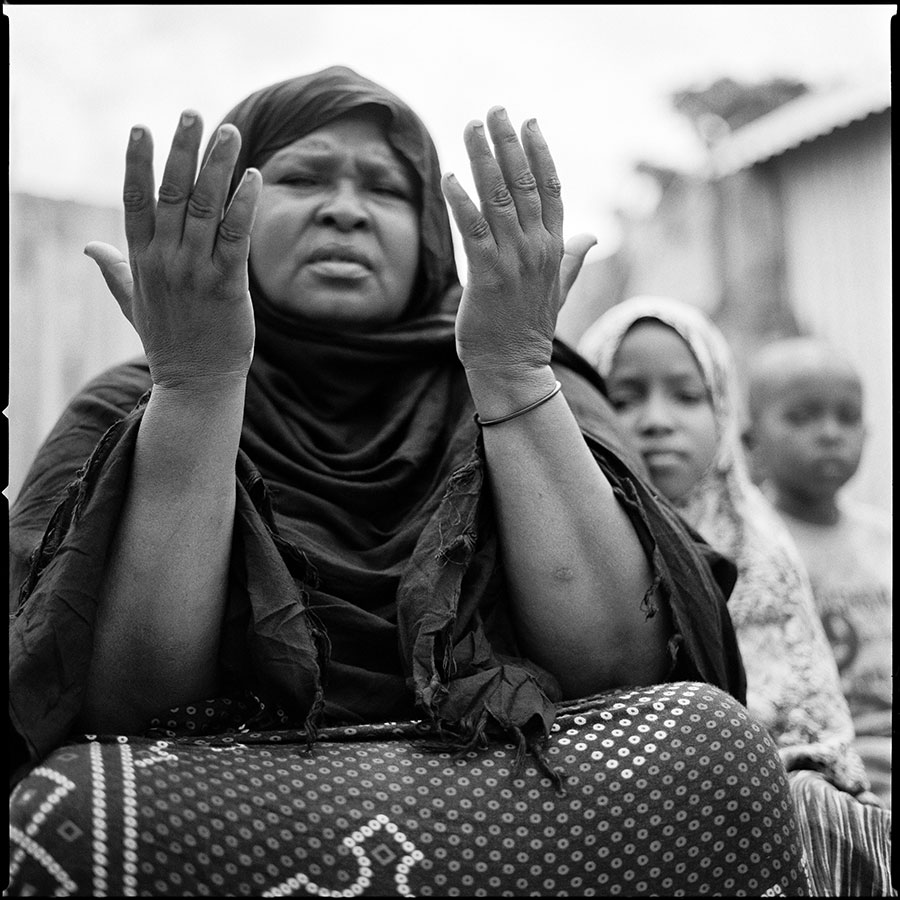 Faduma Haji Cali (May, 2012)
I’m from Mogadishu. I have 6 children and few months ago my husband died from illness I’m not working, not doing anything, just believing in Allah. My dream: May Allah gives us Peace, something to eat and Takes away all our problems... 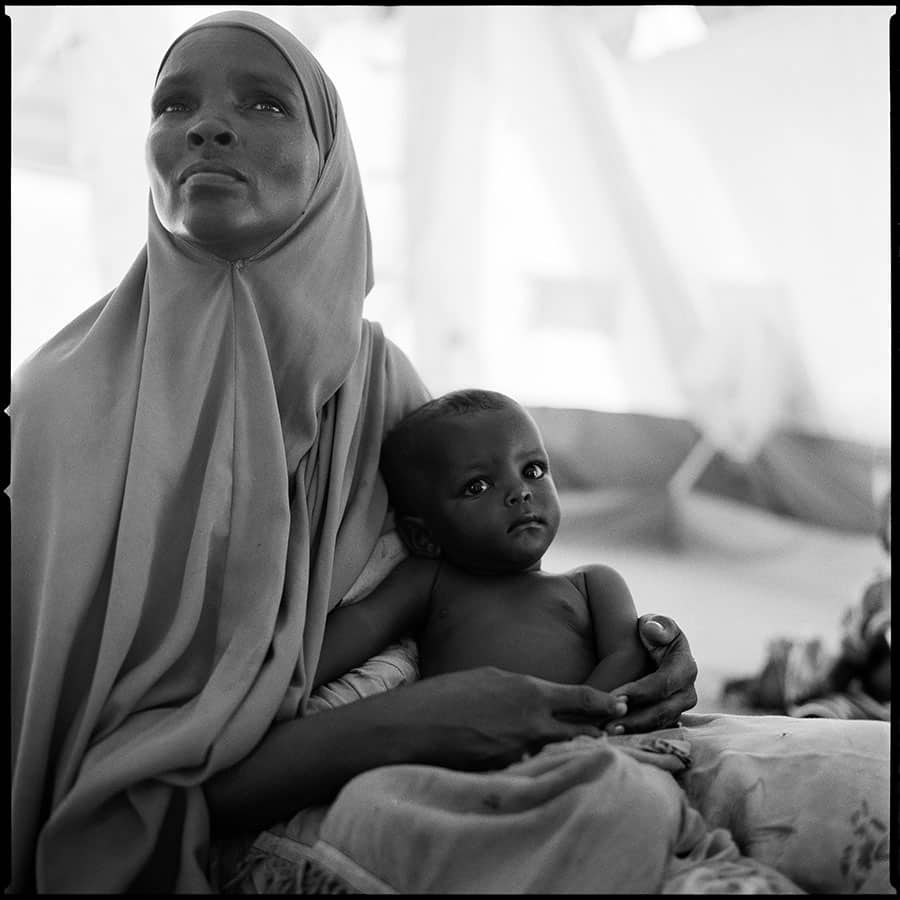